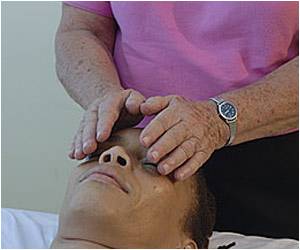 Transcendental meditation is a technique for detaching oneself from anxiety and promoting harmony and self-realisation by meditation, repetition of a mantra, etc.
Advertisement
‘Transcendental Meditation reduces obsessive-compulsive behavior, decreases social introversion, and increases positive social relations.’

Women have become the fastest growing population in U.S. prisons, nearly double the rate of increasing male incarcerations. Along with the increasing confinement of female offenders, researchers have found that women carry the burden of proportionally higher amounts of traumatic experiences, with higher rates of mental/emotional trauma and sexual abuse than men. High levels of trauma contribute to poor lifestyle choices, psychological and physical comorbidities, and increased risk for recidivism. Further research has shown an association between traumatic stress exposure and various forms of cancer in a predominantly female population.

The results showed that after four months of practicing the Transcendental Meditation technique, the women inmates in the meditation group had significant reductions in total trauma symptoms, including intrusive thoughts and hyperarousal compared with controls. Trauma symptoms were measured using the Posttraumatic Stress Disorder Checklist-Civilian (PCL-C).

Subjective experiences and cortical activation patterns that distinguish the Transcendental Meditation technique from other meditation practices.
Advertisement
'This study is a valuable addition to the research literature in women's mental health, showing a natural and effortless alternative approach to reducing trauma symptoms," said lead author Dr. Sanford Nidich, director of the Center for Social and Emotional Health at Maharishi University of Management. "It further replicates an earlier randomized controlled trial with Transcendental Meditation (TM) in male prison inmates suffering from high levels of trauma symptoms. Previous studies have shown reduced trauma in other populations, including veterans and African refugees with the TM program."

The inmates in the current study were taught Transcendental Meditation by certified teachers, and practiced this simple meditation technique 20 minutes twice a day. Unlike most other meditations, Transcendental Meditation is easy to practice because it doesn't require concentration or focus or consciously attending to one's thoughts and sensations. Instead, a very simple procedure allows the person's mind to settle down to quieter states in a very natural way.

Many studies spanning decades have shown that these periods of allowing the mind to transcend to quieter levels have very specific effects on the body -- effects that are the opposite of the body's hyperaroused state known as the flight-or-fight response. The system involved in this arousal, the hypothalamic-pituitary-adrenal axis, is significantly decreased in its activity. Studies have shown that the physiologies of people who practice Transcendental Meditation naturally don't react as sharply to stressful stimuli.

The subjects in the control group continued with their usual daily schedule and were given the option to learn the Transcendental Meditation program at the end of the study.

Comments from the subjects

Those practicing Transcendental Meditation said they felt a lot better -- less stressed along with a greater sense of inner freedom and resilience.

"It has been difficult to find peace and happiness in such an environment (prison).... ," one subject said. "Meditating twice a day has helped lessen my stress levels, allowed me to connect to and center myself at deeper levels, and to retreat, reflect, and problem solve.... Meditating helps facilitate my mental clarity, while at the same time calming me. TM has not only helped me mentally, my physical health has also improved. My blood pressure has gone down and my sleep, though I have insomnia, is deeper and more relaxed. I feel more energized."

In one case, an inmate who had been suffering from severe post-traumatic stress disorder (PTSD) experienced significant relief.

"Before I learned TM I was waking up several times a week with night terrors -- literally screaming. I would only sleep a few hours per night because I was so frightened of my dreams. I had horrible flashbacks, nightmares, and severe PTSD. Almost immediately I saw the beneficial effects of TM.... I am able to fully focus throughout the day and have an inner peace and understanding..."

And another inmate discovered an inner freedom along with improved relationships with others.

"I feel so open and have gained such a deep sense of surrender to my life and the feelings surrounding my incarceration. I no longer feel imprisoned. I now feel my freedom from the inside of me. My relationships have blossomed and grown so much since I began using TM."

Consistent with previous research on prisoners

Transcendental Meditation has been implemented in other prison settings for the purpose of studying other mental health and behavioral factors. At La Tuna federal penitentiary near El Paso, Texas, findings suggested that Transcendental Meditation reduces obsessive-compulsive behavior, decreases social introversion, and increases positive social relations. A study at Folsom State Prison in California found a reduction in anxiety and neuroticism, as well as improved sleep.

In addition to the study on TM, the January 2017 issue of The Permanente Journal includes a companion editorial by Charles Elder, MD, MPH, FACP, titled, "Mind-Body Training for At-Risk Populations: Preventative Medicine at its Best."

According to Charles Elder, MD, Kaiser Permanente, Northwest, "A principle advantage of the TM technique is a time-tested, standardized intervention protocol.... Once taught the Transcendental Meditation technique, an individual can use the skill for the duration of his or her life, as a stress management tool, providing ongoing benefits across a range of domains. In addition to helping the inmate cope with the stress of incarceration, there is a range of additional 'side benefits,' ranging from reduced recidivism to improved cardiovascular health."

Transcendental meditation program can be used as an alternative treatment for post-traumatic stress conditions among prison inmates.
Advertisement
<< Better Diagnosis of Fungal Infections may Help Reduce Antib...
Understanding the Role of Cholesterol in Cells >>

Meditation Can Bring Our Emotions Under Control

Mindfulness, a moment-by-moment awareness of one's thoughts, feelings and sensations, has gained worldwide popularity as a way to promote health and well-being.

How to Reduce School Bag Weight - Simple Tips Post-Nasal Drip Diaphragmatic Hernia Drug - Food Interactions Calculate Ideal Weight for Infants Noscaphene (Noscapine) Find a Hospital Accident and Trauma Care A-Z Drug Brands in India Selfie Addiction Calculator
This site uses cookies to deliver our services. By using our site, you acknowledge that you have read and understand our Cookie Policy, Privacy Policy, and our Terms of Use