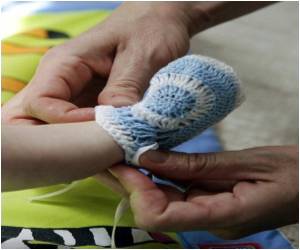 Chinese traditional remedies, which have long been used to ease pain, treat disease, boost fertility, and prevent miscarriage, include herbal preparations and acupuncture.

In the first study that measures the effectiveness of both herbs and acupuncture in combination with IUI infertility treatment, Dr. Shahar Lev-Ari and Keren Sela of TAU's Sackler Faculty of Medicine and the Tel Aviv Medical Center said that the results show a significant increase in fertility when the therapies are administered side-by-side.

In addition to their IUI treatments, the 29 women in the first group received weekly sessions of acupuncture and a regime of Chinese medicines, which consisted of powdered or raw Chinese herbs such as PeoniaAlbae and Chuanxiong, designed to meet each woman's specific needs.

The vast difference in success rates is even more surprising when the age of the average participant was taken into account, Dr. Lev-Ari and Sela noted.

"The average age of the women in the study group was 39.4, while that of the control group was 37.1. Normally, the older the mother, the lower the pregnancy and delivery rates," they explained.

The study has been published in the Journal of Integrative Medicine.

Acupuncture for Sleep Disorders
Acupuncture may be the answer for a cheap and effective treatment of sleep disorders....

Acupuncture and Acupressure Treatment - All About Needles and Needless Pain
Dr. P.B. Lohiya suggests treatment and cure for long term illnesses through acupuncture and ......

Chinese Herbs Could Offer New Cure for Parkinson's
A study has indicated that Chinese herb can help treat Parkinson's disease....

Chinese Herbs Offer Hope for Type 2 Diabetes
A new study has found that emodin, a natural product that can be extracted from various Chinese ......