Tracking Device to Locate Your Kids 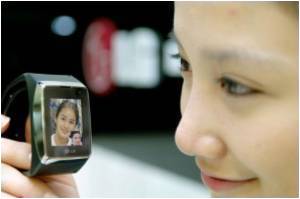 Edinburgh-based former acting Lance Corporal Dean Corrigan, 32, has designed a device that contains a GPS system so parents can monitor children's whereabouts within two to three metres through a computer or a mobile phone app.

A California school district is using GPS devices to keep tabs on students who have a penchant for skipping classes.
Advertisement

It also contains a sim card so it can receive calls from a number of pre-programmed phone numbers.


The Loc8er device was developed when Corrigan was serving in the Army as a physical training instructor.

"As a soldier I always think about situations on the ground and practical solutions. The radio system wasn't that good for soldiers on the ground when I was in the Army and it got me thinking about GPS, which means you always know where everyone is," the Scotsman quoted him as saying.

A new application on Facebook called the Breakup Notifier sends you an email when the love of your life who is in a relationship with someone else, breaks up.
Advertisement
"Then I realised it could work for kids, because even if kids have mobile phones there's no way of knowing where they've gone or where they were last."

However, child safety groups have expressed concern that using GPS to track a child could be an extreme measure and say parents should communicate with their children rather than rely on technology.

Ban on SIM Cards for Bangladeshis Under-18: Home Minister