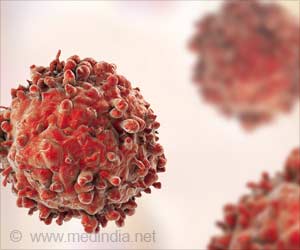 Metal detection technique was used to map and track cancer cells in a new study by Bridge Institute researchers at the USC Michelson Center for Convergent Bioscience. By imaging metal-tagged antibodies on biopsies from a patient with metastatic prostate cancer, the team has created highly detailed, digital facsimiles of cancer cells that can travel through the body. The metal tags enable scientists to identify and characterize the cancer cells in a blood sample.

Metal detection has helped mining companies strike gold and airport security identify passengers who are a potential threat. The new study has pushed its use into another realm: studying cancer.

Advertisement
‘New metal detection technique allows scientists to see circulating and disseminated tumor cells at a molecular level in a way not possible before.’

"That is exactly what is happening when the TSA swipes your hands," said Peter Kuhn, a Dean's Professor of Biological Sciences at the Bridge Institute at the USC Michelson Center. "They are looking for metals, which are really easy to identify."


The USC-led study, published in Convergent Science Physical Oncology, established the proof of concept for the metal-detection technique, which allows scientists to see circulating and disseminated tumor cells at a molecular level in a way not possible before. Creating such highly detailed copies of tumors may help researchers develop more precise treatment plans for individual patients.
Advertisement
"We are trying to understand how cancer actually moves from the initial location to other places in the body and can settle there," Kuhn said.

Through his work, Kuhn aims to shed new light on how cancer spreads through the body and evolves over time. Such discoveries have already led to better personalized care for patients, which tailors the treatment to the individuals as much as to their specific form of cancer.

Because Kuhn's research bridges multiple fields, he holds professorships at the USC Dornsife College of Letters, Arts and Sciences, the USC Viterbi School of Engineering and the Keck School of Medicine at USC - all of which are tied to the USC Michelson Center, a hub for convergent bioscience at the university.

The study examined whether scientists could achieve a better blueprint for the spread of the tumor, which is the most difficult phase of cancer. Cancer spreads via rare circulating and disseminated tumor cells that break away from their original source, such as tumors in the breast or the prostate, and travel through the body. These rogue tumor cells spread into organs, such as the liver or lungs, or into the bones, where they metastasize undetected, making effective treatment very challenging.

With the Fluidigm Hyperion Imaging System to monitor the biology of the cancer cells and understand how the cancer changes, scientists could see protein biomarkers that may determine how a tumor cell would respond to a drug therapy or why it would fail to respond, how it could spread and how it might affect the patient's immune system response.

As a result, it provides 35 distinct views of the cancer cell's biology, Kuhn said.

"Oftentimes, we sequence the cancer's genetic code, and that's great because the only way to build something like a building or a machine is with a blueprint. But not every blueprint ends up being built to specification or even perform as expected," Kuhn said. "For a closer perspective and for purposes of improving the precision of medical treatment, you have to move in, from genome to proteome to cell."

Zooming in - and out - on cancer

Looking at cancer is like seeing a painting at different distances. From afar, it is one of Monet's water lily paintings. But up close, nearly touching the canvas, one can see the individual points of paint in varying colors and shapes that comprise every object within the painting.

When it comes to studying circulating and disseminated cancer cells, scientists need to see those points and be able to zoom in and out to fully grasp how they behave and spread. They especially want to capture this picture just as they are determining the course of treatment, which the metal-tracing technique enables them to do within a liquid biopsy.

Researchers at the University of Zurich established the potential for using metals to characterize cancer in 2013.

"Bernd Bodenmiller did some elegant work on how to use metals attached to an antibody. We expanded on that by using his approach with the liquid biopsy that we had previously developed. We simply add the antibody cocktail, wait a while for binding and then wash off the excess and see what sticks - like tie dye," Kuhn explained. "Then, you use a laser to atomize the sample and a mass spectrometer to look for each of the metals."

Because of proof-of-concept studies like this, the technique is now an official product of Fluidigm and is available for researchers worldwide.

James Hicks, a research professor of biological sciences at Michelson Center and USC Dornsife, was also a study co-author.

Hicks and Kuhn, whose work was highlighted as part of former Vice President Joe Biden's Cancer Moonshot initiative, are among an estimated 20 scientists and engineers at the Michelson Center from the USC Dornsife College of Letters, Arts and Sciences, the USC Viterbi School of Engineering and the Keck School of Medicine of USC. By collaborating across multiple disciplines, they are working to solve some of the greatest intractable problems of the 21st century in biomedical science, including cancer.

Working side by side, Michelson's researchers aim to hasten the development of new drug therapies, high-tech diagnostics and biomedical devices from the bench to the bedside.

Take Your Breast Cancer Radiation Therapy Without Fear
Patients with breast cancer can undertake modern breast radiation therapy fearlessly and can have .....

Breast Cancer is not Linked to THM Level in Residential Water
Trihalomethanes (THMs) present in residential drinking water is not associated with beast cancer. .....