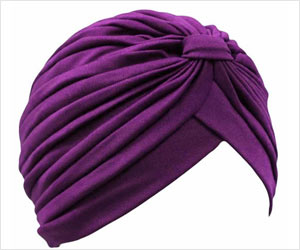 New Zealand student Harman Singh broke strict religious protocol by taking off his turban to help save the life of a five-year-old child hit by a car. 22-year-old Singh removed his turban to cradle the bleeding head of the boy who had been struck on his way to school in Takanini, South Auckland. He has been praised by people from around the world for this heroic act.

The Sikh turban symbolizes integrity, discipline, humility and spirituality. It becomes a part of a Sikh's body and is usually removed only in the privacy of their own house.

The five-year-old boy was reportedly walking to school with his older sister when he was hit. He was thought to have suffered life-threatening head injuries, but is now in a stable condition in hospital.


Mr. Singh said, "'I saw a child down on the ground and a lady was holding him. His head was bleeding, so I unveiled my turban and put it under his head. I wasn't thinking about the turban. I was thinking about the accident and I just thought- he needs something on his head because he's bleeding. That's my job - to help. And I think anyone else would have done the same as me."
Advertisement
Since the incident occurred, Mr. Singh has received thousands of messages and comments on his Facebook page. He said, "I have been overwhelmed by the praise and support I have received over the past few days.  Thousands of people have said 'well done'. I was only doing what I had to and trying to be a decent member of the community. Thanks to all who messages, calls. Thanks all the worldwide Facebook members who messaged me. I think i just did my job nothing else."

Immune System Attacks Brain When There is a Head Injury
Brain damage caused by head injuries can be stopped in a surprising way - by stopping the body's ......

Head Injury Brings Out Musical Talent in Teen
A teenager from Colorado who loved playing football would often suffer injuries to the head....