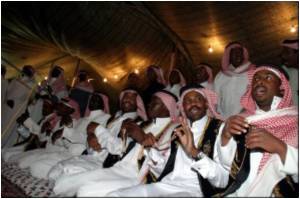 There's little sacrosanct -- including the tradition of polygamy cherished by many Muslim men -- in the most popular Saudi TV series during the holy fasting month of Ramadan.

Turning the tables on conservative Islamic beliefs, "Tash ma Tash" has again sparked huge laughs and huge controversy this month by depicting a Muslim woman not just married to four husbands, but also wanting to divorce one of them in order to marry someone else.

Polygamy imposes a severe financial burden on Malaysian men who are hard-pressed to meet all the needs of all their wives and children and the result is unhappy families, states a landmark study.
Advertisement 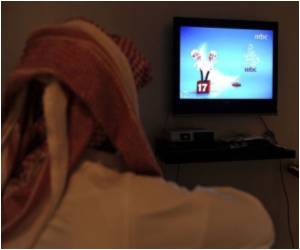 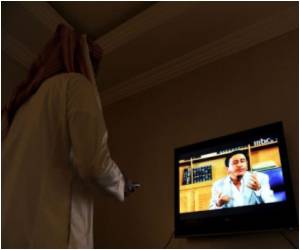 The episode brought cheers from Saudi women, but was met with rage by religious scholars, with one calling for the arrest of the show's producers.


"I appeal to the Custodian of the Two Holy Mosques (Saudi King Abdullah) to bring those (producers) and the channel that broadcasts this series to trial," Sheikh Saad al-Buraik said on the Saudi religious channel, Daleel, hours after the episode was broadcast.

Malaysia Witnesses a Rise in Polygamy

Rohaya Mohamad, a 44-year-old Malaysian doctor, chats happily about her plans for the evening, a romantic dinner for five with her husband -- and his three other wives.
Advertisement
Plunging into the forbidden and courting the ire of Saudi Arabia's powerful, arch-conservative clerics is nothing new for "Tash ma Tash" -- named after a Saudi game similar to the coin-tossing "heads or tails."

Shown annually during the peak TV viewing period of Ramadan by the Dubai-based, Saudi-owned satellite broadcaster MBC, progressives and conservatives await eagerly to see what the show's writers come up with.

This year it tackles everything from relations between Islam and Christianity to the tradition of Muslim men taking up to four wives.

"We wanted to present an inverted image to reveal the injustice and suffering of a woman whose husband marries multiple wives without a need for it," "Tash" actor Abdullah al-Sadhan told the local daily Okaz.

But Buraik described the episode as "disgusting." The series "uses comedy as a tool to make fun of scholars and religion," he said.

"The episode talks about the feelings and suffering of women in a way which viewers, mainly men, can understand more easily when it comes to being just with their wives," 25-year-old Turki Salem told AFP.

"The work was great and it sends a message to those married to more than one woman for no reasonable excuse. They have tackled this matter in a comic way which respects women's feelings," said Mohammed Hussein, a 22-year-old student.

"Tash ma Tash" has aired every Ramadan since 1992, and it is regularly greeted by calls from enraged conservatives to be banned.

Some actors say they have received death threats on occasion.

In another touchy episode this year named "My Uncle Butros," two Saudi brothers travel to Lebanon to meet some distant uncles, only to find that they're Christian.

After a long dialogue between the Muslim men from Saudi Arabia -- which bans the practice of any other religion on its soil -- and their Lebanese Christian uncles, all finally conclude that all monotheist religions carry a similar message.

But influential preacher Salman al-Ouda disagreed. It is "wrong to consider that there are only minor differences between religions," Sabq.org news website quoted him as saying.

Meshal Ahmed, a 42-year-old teacher, described the series as "shallow and provocative," adding that it must be banned for "harming Saudis."

But "during the past few years its disregard for religion has become apparent," he said.

The show portrays Saudis as "ignorant, extreme, disrespecting laws and oppressing their wives. This is not true," he added.

However, actor Sadhan saw no fault with the episode on the Christian uncles.

"The episode contained nothing against religion. We were aiming to bring up the issue of inter-faith dialogue and the importance of coexistence," he said. "'Tash' episodes have a social impact, as they challenge taboos," fellow actor Nasser Qasabi proudly said during a recent talk show on MBC.

"They do not touch sex and politics but consciously tackle religious conduct away from the fundamentals of faith, to deliver a message that religious clerics are not angels, but humans prone to mistakes," he said.