The exciting flexible electronics are able to wrap around irregular tissue shapes and conform to their motion in order to sense to different physiological parameters. The technology will soon find its way into our bodies. Fear not though, being a cyborg will be a healthy and painless experience.

Also, Google announced that it's working on a glucose sensing contact lens for diabetics. The lens will transmit glucose level readings sampled from tear fluid directly to a smartphone for review anywhere and at any time.


John A. Rogers of University of Illinois at Urbana-Champaign teamed up with researchers from Washington University in St. Louis to create a flexible electronic sleeve that was wrapped around a beating heart of a rabbit to monitor its electrical activity in 3D at an unprecedented resolution. The heart wraps can sense and respond to arrhythmias in a highly precise manner.

The professor is also behind a flexible skin patch that can record ECG and EEG signals and pass those wirelessly to a smartphone or other device.

3D printing has captured the popular imagination lately. But in the last year we've seen it used in medicine to help replace bones and bring prosthetic devices to people in war-torn regions.

Some of the more radical uses of the 3D technology include a woman in Holland who received a brand new skull and a man in the United Kingdom had his face reconstructed. Also, one-to-one replica skulls are being created from patient CT scans to prepare surgeons for challenging facial transplant procedures.

A man with both arms missing due to an accident received two highly articulating powered prosthetic arms at the Johns Hopkins University Applied Physics Laboratory that he is able to control with his mind.

Electrodes were connected from his stumps to the new arms that pass through a computer for interpretation. After a bit of practice, the man was able to do some pretty complex tasks. The system is still in development and it's a sure sign that future amputees won't be so dependent on others. 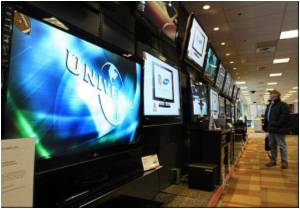