Men are more likely to make excuses for not going to visit their doctor on a regular basis. A new survey lists the top excuses men most often make. 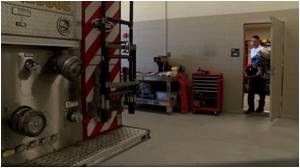 
‘The life expectancy for men is at least 5 years less than it is for women because men are not proactive about their health.’

"Men can spend 3­4 hours golfing or watching a ball game every week, or find the time to take a trip to Vegas with their buddies, but they can't spare 90 minutes a year to get a check up? That's inexcusable," said Brahmbhatt, men's health activist and Co­Director of the PUR (Personalized Urology & Robotics) Clinic in Clermont, Florida. "As men, we need to make our health more of a priority, and that's what the Drive for Men's Health campaign is all about."

The doctors point out that the life expectancy for men is at least 5 years less than it is for women, and of the top 10 causes of death in the U.S., men are more likely than women to die from 9 of them.

"One of the biggest reasons for those statistics, is that women are much more proactive about their health than men," said Brahmbhatt. "We often use the analogy that our bodies are a lot like our cars? men will take the time to do preventative maintenance on their cars, like getting tuneups and oil changes, but for whatever reason, we often don't take the same care of our bodies. We need to change that mindset."

A US doctor who contracted Ebola in Sierra Leone and survived after weeks of intensive treatment in Atlanta, spoke for the first time in an interview published on Sunday.

Three persons, including two women died of swine flu, while seven others were found to be H1N1 positive in a fresh spell of the virus in parts of Rajasthan.

Stop Falling Prey to 'Google as Your Doctor' Phenomena, Trust Your Doctor More

Are you among those who log in to Google every time you are down with body ache, fever or cold, only to get more confused and scared? Many young Indians with smartphones in their hands

The family of a senior resident doctor, who died due to swine flu, has sought compensation from the government.

Kisspeptin Hormone Injection Boosts Arousal in Men Most Men Do Not Regret Their decision on Surgery for Prostate Cancer Male Fertility After Chemotherapy: New Insights Cancer Risk in Men Due To Loss of Function In Y-chromosome Genes Zinc, Folic Acid Products Unable to Increase Male Fertility