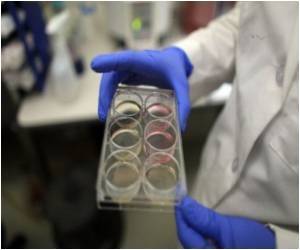 The former orthopedic surgeon made his breakthrough discovery in 2006 when he succeeded in generating "induced pluripotent stem (iPS) cells", or those capable of growing into other tissues in the body.


Until Yamanaka proved differently, scientists believed that this could only be achieved with stem cells harvested from embyros, the foundation said in a statement.

Learn all about stem cells and cord blood banking from Jeevan's Dr. Saranya Narayan. An interview on the subject.
Advertisement
"The jury emphasised the exciting new vistas these cells open up for both basic and clinical research, with personalised therapies and more precisely targeted drugs," it added.

"The possibility of working with iPS cells derived from patients themselves will avoid treating patients as guinea pigs. It will allow novel cell-based screening methods to be used to search for small molecule drugs to treat a wide range of diseases.

"And, ultimately, it may also allow novel and even patient-specific cell-based treatments, in particular for degenerative disease."

Yamanaka said the idea of reversing the fate of already specialised cells, then a "no-can-do" in biology, came to him when studying the experiments that produced the first cloned frogs, in the 1970s, and Dolly the sheep in 1996, according to the foundation statement.

"From their work I learned that we should be able to convert somatic cells back into their embryonic state. That is what inspired me to start my project," said Yamanaka, 48, the director of the Centre for iPS Cell Research and Application at Japan's Kyoto University.