A simple toothache landed 26 years old Maya M of Bengaluru, on the ventilator for two months, after she suffered from multiple organ failure and three mild cardiac arrests.

Mala, a Business School employee and a gym trainer, admitted to have ignored multiple cavities in her mouth for the longest time. It began with a toothache and swelling in her right jaw. She took the help of painkillers. This didn't help and the ache led to dental cellulitis and the swelling made its way to her throat, blocking the passage. She also explained how she used to often opt for self-medication by taking painkillers. "I had a lot of cavities and didn't bother to take care of them. It hit me only when I lost speech, couldn't lie down and wasn't even able to swallow water. It's a rebirth for me," Mala said. She was discharged in December last year and is back at work now.

Soon, Mala was unable to drink, eat or even speak. When she could no longer take the pain, Mala's mother took her to a local hospital. Unfortunately, the hospital wasn't equipped to treat such a critical case and she had to be shifted to the Fortis Hospital, Bengaluru. There it was revealed that the infection spread to her vital organs causing multiple organ dysfunction syndrome.


‘Ignoring toothache and resorting to self-medication lands a school employee on a ventilator. The ache caused dental cellulitis from where the bacteria made its way to the vital internal organs leading to pneumonia, sepsis and multiple organ failure.’


"Mala was running high fever, had low blood pressure, and was looking toxic, when she was brought to the emergency unit of Fortis," said Dr. Sudha Menon, consultant, internal medicine, Fortis Hospital.

The doctors first suspected dengue and H1N1 but the results turned out to be negative. Later she developed pneumonia and her condition kept worsening and then getting better, according to doctors."There was a shower of bacteria on her lungs and fluids in the lungs started accumulating around her heart.Besides, there was a clot in a vein that connects the heart, head and the neck region. Oral hygiene was compromised, leading to the spreading of anaerobic bacteria," Dr. Sudha added.

The doctors conducted tracheostomy, a surgical procedure during which an incision is made in the windpipe to relieve an obstruction to breathing. Mala was eventually found to be suffering from Lemierre's syndrome, a rare condition caused by bacterium Fusobacterium necrophorum, a common inhabitant of the mouth, further leading to sepsis. The bacteria penetrated the neighbouring jugular vein, causing an infected clot. Pieces of this clot broke off and travelled to the lungs, blocking branches of the pulmonary artery. This caused shortness of breath, chest pain and severe pneumonia. Spreading of the sepsis affected multiple organs and, in no time, Mala shed 20 kilos. Although Mala has been discharged and is back to her routine work now, she recently developed swelling of jaws again and is being treated at a local dental health facility.

Experts cautioned that the oral infection is just like an infection of any part of the body and is usually not taken care of. However, the infection can spread to other parts of the body within 48 hours and can even lead to life-threatening condition. Basic oral hygiene techniques include brushing teeth two times a day, massaging gums daily, visiting a dentist every six month for cleaning and not ignoring any kind of pain in the oral cavity.

Sugar Addicts! Guard Yourself Against Problems of Headaches, Toothaches
Foodpanda's spokesperson Rashika Yadav, has listed down the problems sugar addicts have to go through in their life.
READ MORE

Program on Awareness About Oral Cancer and Oral Hygiene to be Held at JIPMER
'Health Education Initiative' was launched by JIPMER to improve awareness about the health and disease in patients, care givers, hospital staff and the public.
READ MORE

Dental Cavities May Be Prevented Using Probiotics
A potential bacteria called A12 fights against a bad kind of streptococcal bacteria that metabolizes sugar into lactic acid, contributing to tooth decay.
READ MORE

Sepsis Could be Treated Using Haptoglobin-Based Therapies
Sepsis is a life-threatening complication in which the molecules that the body releases to fight an infection trigger widespread inflammatory responses.
READ MORE 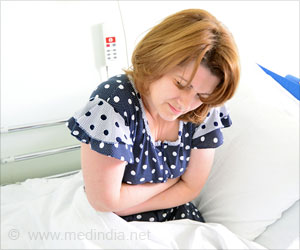 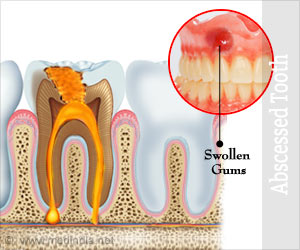 Abscessed Tooth
A tooth abscess is not just painful but it also increases the risk of various complications. To avoid tooth loss and irreversible damage take steps to prevent and treat dental abscesses.
READ MORE