Tonsillectomy may Benefit Some Adult Patients

According to a randomized trial published in CMAJ (Canadian Medical Association Journal), tonsillectomy may result in fewer severe sore throats and could benefit some adult patients.

Recurrent severe sore throats result in lost work or school days and frequent use of antibiotics.


Researchers from Finland conducted a randomized open trial to determine whether tonsillectomy reduced episodes of severe sore throats (pharyngitis). The trial involved 86 patients, 46 of whom had the procedure and 40 who did not. The primary outcome was the difference in the number of patients with severe pharyngitis within 5 months. This had to be confirmed by a visit to a medical professional, a throat culture or blood sample and a rating of pain as severe.

"During follow-up, the overall rate of pharyngitis and number of days with throat pain, fever, rhinitis and cough were significantly lower in the tonsillectomy group than in the control group," writes Dr. Timo Koskenkorva, Department of Otorhinolaryngology, Institute of Clinical Medicine, University of Oulu and Oulu University Hospital, Oulu, Finland, with coauthors.

However, "patients in both groups graded their throat pain as mild."The tonsillectomy group reported improved quality of life with few lost work or school days compared with the control group.

The researchers note that because the trial was open and participants knew whether they had had a tonsillectomy, subjective bias might have been introduced to the study.

"Adult patients who had disabling pharyngitis involving the palatine tonsils more than 3 times per year that prevented normal functioning and led to medical consultation benefitted from tonsillectomy," conclude the authors. "The morbidity and complications related to tonsillectomy must be considered when physicians and patients decide whether the clinical benefits outweigh the risks of surgery."

Kids Under Six Most Likely to Gain Weight After Tonsillectomy
Researchers have linked weight gain in children under the age of six following tonsillectomy to age and not the underlying diagnosis.
READ MORE

Tonsillectomy Techniques Evaluated by Analysis of Studies
Some new methods have advantages over traditional methods, but others are equivalent, according to a report in the June issue of Archives of Otolaryngology-Head and Neck Surgery
READ MORE 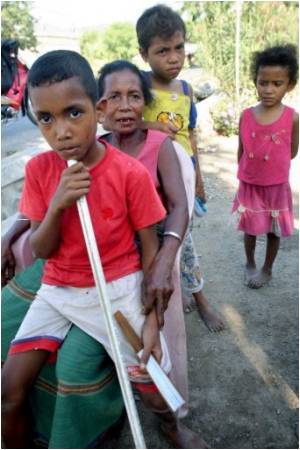 Tonsillectomy Could Lead To Obesity In Children
Children who undergo the surgical removal of their tonsils with or without the removal of their adenoids (adenoidectomy), are at increased risk of becoming overweight after surgery.
READ MORE

Adenotonsillectomy may Improve Quality of Life in Children With Sleep-Disordered Breathing
New research published in the December 2011 issue of Otolaryngology - Head and Neck Surgery says that children may have a better quality of life (QOL) after adenotonsillectomy.
READ MORE 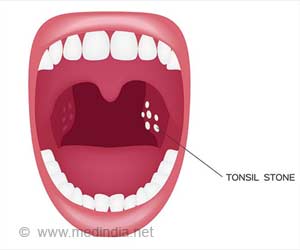 TonsillitisTonsillectomyEar, Nose, Throat Surgery and ProceduresTonsil Stones
Sign up for Wellness Consult a Doctor Sign up for Selfcare