Toll from Pedestrians Wearing Headphones on the Rise 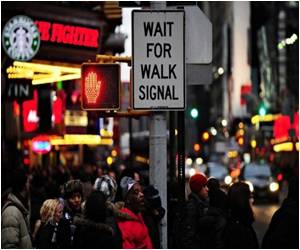 The number of US pedestrians dying or being severely injured while wearing headphones has tripled, reveals study.

More than half of the incidents involved pedestrians who were run down by trains.


Two-thirds of the victims were males and under the age of 30.

The research, published in the British journal Injury Prevention, was headed by Richard Lichenstein of the University of Maryland Hospital for Children in Baltimore.

Anxiety During Prostate Biopsies can be Reduced by Headphone Music

Researchers at the Duke Cancer Institute have revealed that tuning in to tune out may be just what is needed for men undergoing a prostate biopsy.
Advertisement
The paper warns of "inattentional blindness" when wearing headphones, meaning a distraction that lowers the resources the brain devotes to external stimuli.

The trawl of US accident statistics covered iPods, MP3 players and other musical devices. It did not include mobile phones.

Music Played Through Headphones can Damage the Hearing Mechanism

Hearing music played through headphones either too loud or too long is certainly harmful to hearing, according to a 24-year study of adolescent girls.
Advertisement
<< Victims of Haiti Quake Confined in a Time Warp
Caltech Chemists Formulate Chemical Reaction Anticipating Ne... >>

The Weather's Effect on the Pedestrian

People are less likely to walk when temperatures dip below zero, when there's too much rain or too much snow, according to a new research.
Advertisement
News A-Z
A B C D E F G H I J K L M N O P Q R S T U V W X Y Z
What's New on Medindia

More News on:
Harmful Effects of Listening to Music Over Earphones / Headphones