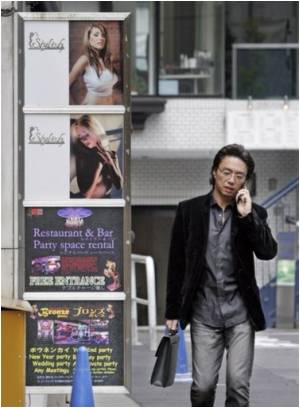 Tokyo and Singapore has topped the list of world's safest city listed down by The Economist.

An Indonesian label's bid to blend a traditional Muslim headscarf with haute couture was a striking contribution at the Tokyo Fashion Week.
Advertisement

Osaka, Japan and Stockholm, Sweden were ranked at third and fourth spot respectively.


Amsterdam, the Netherlands, Sydney, Australia, Zurich, Switzerland, Toronto, Canada, Melbourne, Australia, and New York, US were among other safest cities in the world.

The few remaining residents of the Nakagin Capsule Tower bed down to sleep every night in Tokyo in the once-futuristic white pods they now call home.
Advertisement
Riyadh, Saudi Arabia, Johannesburg, South Africa, Ho Chi Minh City (Saigon), Vietnam, Tehran, Iran, and Jakarta, Indonesia were some of the cities that were considered most dangerous cities to live in.

The report notes that wealth and economic development is closely linked to city safety but certainly does not guarantee it.

Researchers also stated that being statistically safe is not the same as feeling safe.

An official has confirmed that most of Yoyogi Park, a popular green spot in Tokyo, was shut down on Thursday.
Advertisement
Advertisement
This site uses cookies to deliver our services.By using our site, you acknowledge that you have read and understand our Cookie Policy, Privacy Policy, and our Terms of Use  Ok, Got it. Close
×