Researchers say that a Chinese medicine made from dried venom secreted by the skin glands of toads has shown promise in slowing down cancer progression in patients.

Huachansu, the Chinese medicine, is widely used to treat patients with liver, lung, colon and pancreatic cancer at oncology clinics in China.


"Studying traditional Chinese medicine such as huachansu is new to American research institutions, which have been skeptical and slow to adopt these complementary treatments," said Dr Lorenzo Cohen, one of the paper's authors and director of the Integrative Medicine Program at M. D. Anderson.


"However, it is important to understand its potential role in treating cancer.

"We wanted to apply a Western medicine-based approach to explore the role of the toad venom compound in cancer patients and test if it is possible to deliver a more potent dose without raising toxicities or side effects," Cohen added.

In the study, 15 patients with stage III or IV hepatocellular (liver) carcinoma, nonsmall cell lung cancer or pancreatic cancer received one of five dose levels ranging from 10 mL/ m2 up to 90 mL/m2 from January 2005 through July 2006. The treatment was repeated daily for 14 days followed by seven days off (one cycle). After two cycles, most patients received other treatments.

While the dose was up to eight times higher than conventional doses used in China, researchers observed only low toxicities or side effects.

Of the 15 patients who completed the treatment, six hepatocellular carcinoma patients had stable disease for a median of six months.

One patient had a 20 percent reduction in tumor mass that lasted for more than 11 months.

"Even though we saw no complete or partial response (reduction of disease by 30 percent or more) it is encouraging that the cancer did not progress in a large set of the hepatocellular carcinoma patients," said Zhiqiang Meng, principal investigator on the trial and an associate professor and deputy chair of the Department of Integrative Oncology at Fudan University Cancer Hospital.

"Previous observations from studies conducted in China have shown that huachansu can inhibit tumor cell growth and improve immunologic function. These findings, coupled with that knowledge, demonstrate the need for further clinical trials of this promising agent," Meng added.

The study appears in the online Early View feature of the journal Cancer.

Breakthrough Research on Toads' Tongue may Result in More Efficient Cars!
The studty may help in the development of more efficient electric motors, better prostheses and new medical treatments for neuromuscular diseases like Parkinson's.
READ MORE 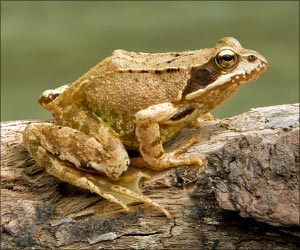 New Muscle Model Courtesy Toads
Frogs and chameleons capture their prey by darting their long muscular tongue out and back inside their mouth in a flash.
READ MORE

Scientists Find Clues Into The Evolution Of The Scorpion Venom Arsenal
Scientists in China have unraveled the protein composition of the Scorpiops jendeki scorpion's venom.
READ MORE