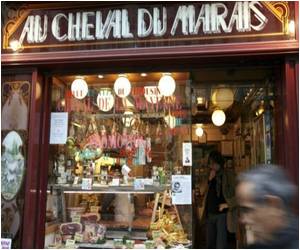 World-famous chefs are worried by the declining standards in France's famed restaurants.

So they launched a new label that will only be awarded to eateries that meet strict criteria such as preparing their own food.

The "quality restaurant" designation will be granted to establishments in any price range that meet standards set by the College Culinaire de France -- a 15-member industry group founded by the country's leading chefs.


"Of the 150,000 French restaurants, three quarters of them do only industrial cooking," Alain Ducasse, one of the chefs behind the initiative, told AFP.
Advertisement
"The others fight to cook using fresh products and those are the ones we are looking to," said the chef, who operates restaurants in eight countries, including three-starred eateries at the Plaza Athenee hotel in Paris and the Dorchester in London.

Ducasse told AFP the label -- in the form of a plaque hung up outside the establishment -- would be granted to restaurants that provide information on the origins of their products, prepare their own food and offer a warm welcome.

"These days, the average person has no idea what they are in for when they open the door to a restaurant," Ducasse said, noting that recognised establishments would need to have an in-house chef and not "someone who reheats a frozen bag".

"There are too many restaurants in France where when you enter, they sulk," he added.

The culinary group -- which counts as members Ducasse and other famous chefs such as Joel Robuchon and Guy Savoy -- will grant the label to restaurants who request it, if the establishment meets its standards.

To maintain the designation, restaurants will need to score a client satisfaction level of at least 75 percent on a website set up for the initiative.

The chefs estimate that around 10,000 restaurants are currently in a position to get the label.

David Lely, whose restaurant "Les Garcons" in Paris is one of the first to be awarded the designation, said the initiative "unites people who respect the trade" and will "push us to do even better".

"We want to use our reputations and experience as top chefs to serve the whole profession," Ducasse said, accusing the French government of "doing nothing" to help the restaurant industry despite its significant benefits to tourism and the economy.

"We cannot wait for things to get worse," he said. "We cannot continue to let media in the English-speaking world say 'France is not what it was' in terms of cuisine."

Science Project Finds Ice from Fast Food Restaurants Dirtier Than Toilet Water
A school science project by a 12-year-old found that ice from fast food restaurants is dirtier than ...