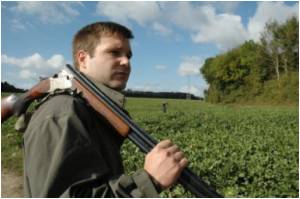 Early humans, who were regularly on the move as hunters and scavengers, evolved into nearly hairless creatures to more efficiently sweat away excess body heat, about 1.5 to 2 million years ago.

But later they began to decorate skin to increase attractiveness to the opposite sex and to express, among other things, group identity, according to a Penn State anthropologist.

Over the millennia, people turned their skin into canvases of self-expression in different ways, including permanent methods, such as tattooing and branding, as well as temporary ones, including cosmetics and body painting, according to the researcher, said Nina Jablonski, Distinguished Professor of Anthropolog.


Jablonski said both males and females use forms of skin decoration to become more attractive to the opposite sex. Women, for example, may use makeup to increase the size of their eyes, a cue that is considered attractive in most cultures. Males in some cultures also use skin decoration as a way to bring out facial features to appeal to women, or to look more menacing and warrior-like.
Advertisement
Jablonski said that she and other researchers based their estimate on when humans evolved hairless skin on the study of the fossil record and an examination of the molecular history of genes that code proteins that help produce skin pigmentation.

"We find a lot of evidence of when humans began to lose hair based on molecular genetics," said Jablonski.

While it is difficult to exactly say when humans began to decorate their skin, Jablonski said that some of the earliest preserved skin shows signs of tattooing.

Jablonski presented her finding at the annual meeting of the American Association for the Advancement of Science in Boston.

Research Traces Evolutionary Origins of Human Dietary Patterns
The diets and ways of prehistoric populations have been extensively studied by William Leonard....

Genetic Mutation That Causes Pompe Disease in Dogs also Responsible for the Same Disease in Humans
Professor Hannes Lohi and his colleagues at the University of Helsinki's Canine Genetics Research .....