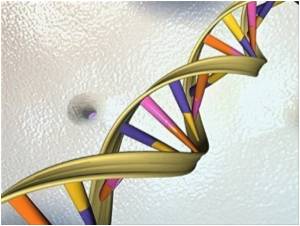 A deadly outbreak of antibiotic-resistant bacteria kept infection-control specialists in a state of high alert for six months last year. The specialists were from the National Institutes of Health's (NIH) Clinical Center. While participating in a clinical study in the summer of 2011 a New York City patient carrying a multi-drug resistant strain of Klebsiella pneumoniae, a microbe frequently associated with hospital-borne infections, introduced the dangerous bacteria into the 243-bed research hospital.

Despite enhanced infection-control practices, including patient isolation, the K. pneumoniae began to spread to other Clinical Center patients at the alarming rate of one a week, ultimately colonizing 17 patients, of whom 11 died -- six from infection and five from their underlying disease while infected.

Study Says Human Genome Sequenced for the Price of a Car

To get the outbreak under control, Clinical Center staff collaborated with investigators at the National Human Genome Research Institute (NHGRI), also part of NIH, to use genome sequencing in the middle of this active hospital epidemic to learn how the microbe spread. A report in the Aug. 22, 2012, early online edition of Science Translational Medicine describes how that collaboration helped quell the outbreak.


"Infectious outbreaks happen in every hospital in the world, afflicting millions of patients each year in the United States alone," said NHGRI Director Eric D. Green, M.D., Ph.D. "By marshaling the ability to sequence bacterial genomes in real time to accurately trace the bacteria as it spread among our Clinical Center patients, our researchers successfully elucidated what happened, which in turn has taught us some important lessons. This study gives us a glimpse of how genomic technologies will alter our approach to microbial epidemics in the future."

The entire genome of the Black Death has been sequenced by researchers at McMaster University and the University of Tubingen in Germany.
Advertisement
The outbreak began in June 2011 when a New York City hospital transferred a seriously ill 43-year-old woman to NIH. The admitting nurse noted that the patient's medical history included multiple-drug resistant infections, leading Clinical Center staff to put her in isolation immediately and institute a number of other restrictions. Despite these measures, immune-suppressed patients elsewhere in the hospital began to develop K. pneumoniae infections, but the Clinical Center staff could not determine whether the same strain of bacteria carried by the New Yorker caused the new infections.

"For decades, we used pulsed-field gel electrophoresis to differentiate bacterial strains," said Tara N. Palmore, M.D., the NIH Clinical Center's deputy hospital epidemiologist who led the outbreak investigation. This test produces a barcode-like pattern of bacterial DNA that shows whether strains are genetically similar. In K. pneumoniae, however, 70 percent of the strains in the United States belong to one strain type with one pattern. "This test is not very helpful for that organism," she said.

"We were already trying to develop clinical molecular diagnostics tools," Dr. Segre said, "We thought we could use genome sequencing to tell whether the K. pneumoniae from the first patient was the same strain as the one that infected the second patient."

The hospital team sent samples of bacteria isolated from infected patients to the NIH Intramural Sequencing Center (NISC), a component NHGRI. NISC sequenced the DNA samples, and Dr. Segre's team analyzed the results. Where the pulse-field gel electrophoresis technique shows relatively crude patterns, genome sequence data shows precise differences, down to single genetic letters in the bacterial genome. This sequencing proved that the strain of K. pneumoniae sickening all the patients in the Clinical Center originated with the patient from New York; that is, the outbreak had a single source.

"Genomic data can identify unexpected modes of transmission," Dr. Segre said. "Though the transmission path is difficult to detect, the genomic data is indisputable."

When combined with the traditional epidemiology tracking data, the genome sequence results showed that Patient 1 transmitted the bacteria to other patients on two separate occasions from infections on different parts of her body, creating two major clusters of infected patients.

Even as the epidemiologic and genomic investigation proceeded, the infection-control team in the NIH Clinical Center employed increasingly intensive strategies to stop the infection from spreading. For example, they used a vapor of hydrogen peroxide to sanitize rooms and removed sinks and drains where K. pneumoniae had been detected. They also limited the activities of hospital staff and the use of equipment exposed to infected patients so the microbe could not spread to uninfected patients.

In addition, the NIH doctors treated the first patient's infection with colistin, an older, toxic antibiotic considered a drug of last resort. Fortunately, the treatment worked and the patient recovered.

The infection-control interventions proved successful, and by the end of the year, no new cases arose in the Clinical Center, stemming the outbreak.

"Genome sequencing and analysis is our best hope for anticipating and outpacing the pathogenic evolution of infectious agents," said Dr. Segre. "Though our practice of genomics did not change the way patients were treated in this outbreak, it did change the way the hospital practiced infection control."

"This study makes it clear that genome sequencing, as it becomes more affordable and rapid, will become a critical tool for healthcare epidemiology in the future," said David Henderson, M.D., NIH Clinical Center deputy director for clinical care and associate director for quality assurance and hospital epidemiology. His team is preparing a paper that will outline the use of genome sequencing within the methodology of infection control for similar outbreaks. "Now that we know what genome sequencing can do," he said, "I anticipate this methodology will be rapidly adopted by the hospital epidemiology community."

Roughly 1.7 million hospital-associated infections occur annually in the United States, contributing to 99,000 deaths, according to the Centers for Disease Control and Prevention. Multi-drug resistant K. pneumoniae is among the more dreaded infections because few effective treatments exist and the mortality rate can be has high as 50 percent of those infected. Infection-control specialists have been detecting drug-resistant K. pneumoniae at a growing rate in health facilities. Multi-drug resistant K. pneumoniae is most dangerous for patients with immune systems weakened by medical procedures or such conditions as advanced age and illness.

There may be some hope for bananas after all with French researchers successfully managing to sequence the banana genome.
Advertisement
<< Researchers Steer Toward Medicines That Recruit the Body's ...
A New Purpose Found For Archived Guthrie Cards >>

Are Menopause Symptoms Troubling You?: Try these Options
View all
News Archive
News Resource
Advertisement
News Category
Is Drought Associated With Increased Diarrhea Risk Why Mosquitoes are Attracted to Only Some People? Norovirus, Stomach Viruses can Spread Through Saliva Putting the Brakes on a Bacterium That Cause Digestive Problem Monkeypox May Become a Sexually Transmitted Disease in America
More News
Sign up for Wellness Consult a Doctor Sign up for Selfcare