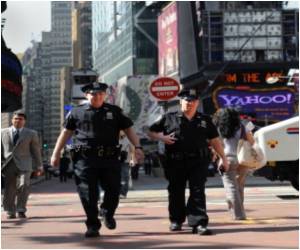 Investigators said that a Brazilian doctor suspected of killing seven patients to free up hospital beds in southern Brazil is under investigation for the murder of some 300 others.

A team, led by health ministry investigator Mario Lobato, is investigating the 1,872 deaths in the last seven years at the intensive care unit headed by Virginia Soares de Souza in Evangelico Hospital in Curitiba, a city in the southern state of Parana, reported Xinhua.

Soares and her medical team administered muscle relaxants to patients in the unit and reduced their oxygen supply, causing asphyxiation, according to state prosecutors.


Prosecutors said it was through telephone tapping that they found out Soares had killed the patients to free up beds in the unit.

The 56-year-old widow was arrested in February, along with three other doctors, three nurses and a physiotherapist, and charged with seven murders.
Advertisement
"I want to clear out the intensive care unit," Soares said in one recorded phone call, adding "unfortunately our mission is to be the go-betweens on the springboard to the next life".

On Sunday, Lobato told Brazil's Globo television that 20 deaths there were deemed suspicious, and another 300 were under review, with all sharing the same signs of muscle relaxants and lack of oxygen.

If prosecutors prove Soares killed 300 patients, it would mark one of the worst cases of serial murder in the world. She denied the charges when she was arrested.

"I was never negligent, careless. I was never blamed for ethical violations. I practice medicine in a conscientious and correct way," she told Globo Saturday.

Last week, a judge in Curitiba ordered the release of Soares and her team on bail, but prosecutors want her back in custody, saying she was the ringleader and some witnesses have reported being intimidated.

A spokesman at Brazil's health ministry said the government will soon announce measures to reorganize the hospital.

Deaths from Murder Down, Alzheimer's Up in US
Murder is not anymore on the top 15 causes of death in the United States for the first time since .....