For a range of diseases that affect 200 million people, mainly in tropical south-east Asia, Africa and Central America, scientists are a step closer to developing vaccines.

Researchers studying infections caused by parasitic worms - which can lead to diseases such as elephantiasis and river blindness - have shown how these can shut down a part of the immune system that might otherwise fight sickness. Preventing this immune reaction enables the infection to persist, causing chronic illness.

Scientists have also shown how this immune response can be re-activated to fight invading parasites, and enable the immune system to develop natural resistance to infection.


Their findings could help inform the development of vaccines for these types of infections. They also point towards potential treatments for allergies, which occur when the same part of the immune system over-reacts to irritants.

Researchers looked at a part of the immune system that responds to parasite infections, in a study of mice. They found that when infection begins, cells that would normally launch a counter-attack on the invading parasite - and in so doing, help develop immunity - become dormant.

They found that blocking the action of a tiny molecule attached to the surface of the cell reactivates the cell, and enables a fresh attack on the infection. Scientists hope to investigate the reaction further to determine whether it applies to people and animals such as livestock.

The study, published in PLOS Pathogens, was funded by the Medical Research Council and the Wellcome Trust.

Dr Matt Taylor of the University of Edinburgh's School of Biological Sciences, who led the study, said: "Understanding the intricacies of the immune system is a major goal in being able to control disease. This discovery brings us a step closer to explaining how long-term infections occur - and how we might, in time, be able to tackle them." 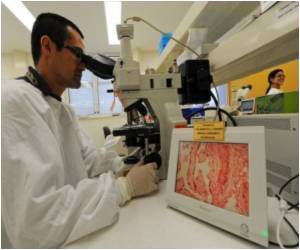 New Vaccines For Deadly Parasite Comes Closer to Reality
The parasite Toxoplasma gondii (T. gondii) is responsible for one major cause of illness from food-borne diseases.
READ MORE 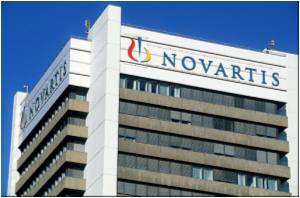 Ban on Novartis Flu Vaccines Lifted
Italy lifts a ban on the sale of flu vaccines made by Novartis. "The decision was made possible due to in-depth checks which were carried out as a precaution to protect public health,"
READ MORE