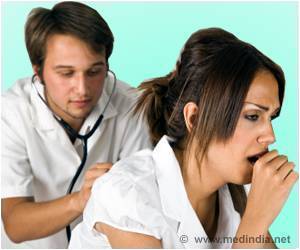 Seasonal allergies will cause millions of people to sneeze and have wheezing in the coming spring months.

And if spring comes early again this year, allergy symptoms will be intense and last longer than average, the American College of Allergy, Asthma and Immunology (ACAAI) has warned.

"Relief might seem impossible as pollen counts soar, but by knowing what triggers symptoms and how to avoid these allergens, sufferers can lead healthy, active lifestyles with minimal side effects," said allergist Richard Weber, MD, president of the American College of Allergy, Asthma and Immunology (ACAAI).


"Although symptoms may not always be severe, seasonal allergies are a serious condition that should be properly diagnosed and treated," he suggested.
Advertisement
While there are common rules to live by in the spring, such as keeping your windows closed, there are lesser known spring allergy elements that can cause you more misery.

To help those with seasonal allergies cope this spring, ACAAI has put together the following list of surprising spring allergy facts.

Every year is labeled as the worst for allergy symptoms, and there could be some truth to that.

According to a recent study published in the Annals of Allergy, Asthma and Immunology, pollen counts slowly rise annually and are expected to double by the year 2040. This is due to economic growth, global environment sustainability, temperature and human-induced changes, such as increased levels of carbon dioxide.

By making an appointment with your allergist in January or February, you'll be well on your way to relief before symptoms start, ACAAI suggested.

ACAAI says where you live can determine the severity of suffering you may feel.

The Asthma and Allergy Foundation of America (AAFA) ranked Knoxville, TN. as the 2012 Spring Allergy Capital for the third consecutive year.

No matter where you live, allergies can be a problem all year long. ACAAI recommends speaking with your board-certified allergist about treatment options and for tips on how to eliminate allergy triggers in your home environment.

Taking your allergy medication should be done well before the first sneeze, ACAAI suggested. It noted that allergists recommend beginning treating two weeks before your symptoms typically surface.

While there isn't a cure for spring allergies, there is something close. Immunotherapy, also known as allergy shots, can modify and prevent disease progression, it said.

A mild winter may cause an early release of pollens from certain trees, and a longer season may be worsened by the priming effect. Once allergy sufferers are exposed to this early pollen, their immune system is primed to react to the allergens, meaning there will be little relief even if temperatures cool down before spring is in full bloom.

If weather reports call for a streak of warm days, begin taking your medication, ACAAI recommends.

Not only will April's showers bring more flowers, it might also cause more symptoms for spring allergy sufferers. Rain can promote plant and pollen growth. Wind accompanying a rainfall can stir pollen and mold into the air, also heightening symptoms.

So allergists advise sufferers to stay indoors when pollen counts are highest, which is often midday and afternoon hours.

More News on:
Choose The Right Over-the-Counter Drugs for Allergy