Tied to Meningitis Outbreak Are Problems at Second US Firm 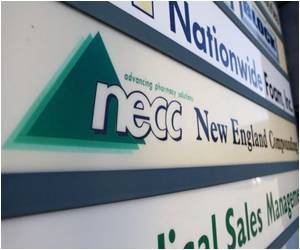 Serious problems were uncovered by US federal health inspectors at a second Massachusetts pharmacy run by some of the same people whose tainted drugs caused a deadly meningitis outbreak.

While no Ameridose products have been associated with the nationwide outbreak of the disease or other types of infection, inspectors found similar problems as those unearthed at the New England Compounding Center (NECC).

Insects and at least one flying bird were found in the rooms where sterile drugs were packaged and stored, the 20-page Food and Drug Administration inspection report said.


Inspectors also found thick orange, brown and green residues on equipment used to prepare what should be sterile drugs, along with visible rust, broken glass and plenty of "foreign material."

A headache literally means 'pain in the head'. It is a common complaint that may occur frequently in some
Advertisement
Drugs were not always tested to make sure they were sterile and Ameridose failed to properly investigate on at least 53 occasions in 2012 when tests did find bacteria, mold or other contaminants.

The firm also failed to test drugs to see whether they were too potent or too weak before being sent to patients, the report said.

When patients or their doctors complained of symptoms such as fetal distress, postpartum hemorrhaging, respiratory distress and "life-threatening" reactions, Ameridose failed to properly investigate, the inspectors concluded.

Ameridose agreed to cease operations and recall all its products last month after the full extent of the problems with NECC's tainted steroids was revealed.

Some 32 people have died of the 438 who were infected with the rare fungus after receiving injections of NECC's tainted steroids, according to the latest tally by the Centers for Disease Control and Prevention.

The outbreak has led to calls for tighter regulation of the loosely controlled pharmaceutical compounding industry. Federal investigators have launched a criminal probe into the case.

Critics say drug manufacturers have found a way to sidestep costly and strict oversight by classifying themselves as pharmacies, which are given freer rein to mix drug compounds for patients.

Some 14,000 people in 23 states are at risk after having received potentially tainted doses of the NECC steroid. It was typically injected into the spine to treat back pain but can also be used to treat joints.

Officials have said that due to the disease's long incubation period, it could be weeks before authorities have a final tally of the infections from the unprecedented outbreak.