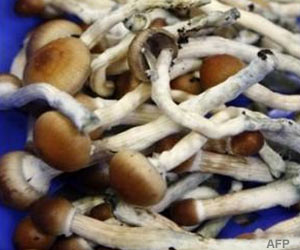 In Mizoram, three people including a child, were killed and four fell sick after consuming wild mushrooms.

"Three of a family died in Mamit district (in Western Mizoram) after eating wild mushrooms. Two children, a woman and a man also fell sick and admitted to Aizawl Civil Hospital," an official from health department said.

The official said that the mushrooms were brought from the forest and might be poisonous or not cooked properly before eating.

Mushrooms are a connoisseur's gastronomic delight loaded with health benefits. Some kinds of mushrooms belong to the medicinal group, a few others are poisonous.
Advertisement
<< Kenya Reports 216 Deaths Due to Cholera Outbreak
How Does Traumatic Childbirth Affect Midwives and Obstetrici... >>

Mushrooms offer numerous applications as they can be used as food and medicine. According to experts "They represent one of the world's greatest untapped resources of nutrition and palatable food of the future."

Fruits and vegetables can affect an individual's health in numerous ways. Read on to discover the 7 best wonder foods that work like magic in improving your overall health.