Though Difficult to Diagnose and Treat, Lung Cancer is Easy to Prevent 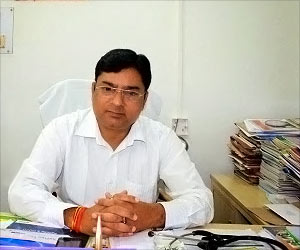 Lung cancer is the deadliest among all cancers with the highest annual mortality (1.6 million) as well as incidence (1.8 million) globally, and is responsible for nearly 1 in 5 cancer related deaths. World Cancer Day was observed a few days ago and it was around the same time that, an acquaintance of succumbed to this dreaded disease within 10 months of diagnosis, to became part of the world statistics of someone dying somewhere of lung cancer every 30 seconds.

I met Ismail (name changed) at King George's Medical University (KGMU) Lucknow, where he had come for his 1st cycle of chemotherapy. An avid smoker since the age of 18, Ismail looked emaciated and much older than his 42 years. In January 2014, he felt severe pain in his limbs and bones which later spread to the chest. He was diagnosed with TB and completed the 6 months' treatment regimen from the DOTS center in his hometown. But when his condition did not improve, he was referred to KGMU, where he was diagnosed with stage 3B of lung cancer in November 2014.

"This delay in diagnosis is often the bane of lung cancer patients and costs them dearly", says Dr Surya Kant, Head of the Pulmonary Medicine Department at KGMU, and Vice-President of Indian Chest Society. "Diagnosis of lung cancer is very difficult and often delayed as its symptoms closely mimic those of TB. In our country two third cases of lung cancer are misdiagnosed as TB at the first go. So by the time patients come to our hospital, they have already wasted at least 6 months on unnecessary TB treatment, during which time the cancer advances from its operable to non-operable stage. If Ismail had been diagnosed 6 months earlier in the operable stage of his cancer, he had better survival chances. But in our country only 10% patients are diagnosed in the operable 1st and 2nd stages of lung cancer. Timely surgery results in 5 years survival in 50% of the patients."


"Then again, at times treatment is also delayed due to several myths prevalent in our societylike biopsy will make the tumour spread, or that chemotherapy is very toxic and it is better to die than undergo  it, or some faith/fake healer promises to heal cancer without surgery and chemotherapy", added Dr Surya Kant. Dr Kant was conferred upon the prestigious Dr Lachman Cancer Awareness and Research Award recently at 79th Annual Conference of Indian Medical Association (IMA). He is also a distinguished recipient of Hukum Chandra Jain Cancer Awareness Award.

The procedure by which tissue samples are obtained from the lung is known as lung biopsy. The biopsy tissues obtained from the lungs are examined by a pathologist.
Advertisement
According to 63 years old Rakesh (name changed), who is suffering from stage 3B of lung cancer, the name alone of this dreaded disease is enough to kill a patient. Rakesh suffered from breathlessness and chest pain in 2005. He was diagnosed with pleurisy as well as diabetes and put on treatment. Then, one day in March 2014, he suddenly lost his voice. "I showed myself to a local ENT specialist and was put on a heavy dose of antibiotics. The doctor said that I needed to be operated upon as it was an incurable disease and I was referred to this Medical College. I have never smoked but was addicted to chewing tobacco/paan since past 30 years."

Rakesh was in the hospital for his 8th chemotherapy cycle with one more to go. (Dr Surya Kant informed that usually patients are administered 6 cycles of chemotherapy - which could extend to 9 - at intervals of 3 weeks). Rakesh was happy that he had at least got his voice back and was also able to walk by himself. But how long he would survive is anybody's guess.

Dr. Surya Kant explained that are 3 parameters on which to rate the cancertumour size (T), formation of lymph nodes (N), and metastatis (M)the TNM classification. Once node formation and/or metastatis (spread of cancer to other parts) occurs, the tumour becomes inoperable and life expectancy is drastically reduced. If size of the tumour is  cm or more it becomes inoperable. But even very small tumours of 2 cm may become inoperable if metastatic.

The time in which the tumour gets doubled in volume is called doubling time and it could range from 1 to months. In India there were an estimated 71000 cases (54000 in males and 17000 in females) and 64,000 deaths (49000 in males and 15000 in females) of lung cancer in 2012, thereby suggesting a slightly better survival rate in females. However Dr. Surya Kant, who recently got the 'Cancer Awareness Award' for a second time from the UP Chapter of India Medical Association, feels that the actual figures would be much higher. "Till about 5 years ago we would have around 150 lung cancer patients per year in our hospital. Today we are diagnosing >500 cases per year. Of course this is not a matter of pride but the sign of times we are living in.

Till 5 years ago ratio of male: female patient was 90:10, but now it is 70-30 in my hospital. More females are now getting diagnosed with lung cancer perhaps due to increase in health awareness. Another surprising fact is that in my hospital survival rate in females is more than in males and there are female patients who have had >7 years survival rate even when diagnosed in stages 3 and 4." "Lung cancer is the worst type of cancer with the highest mortality rate. Only one third of the diagnosed patients would survive beyond 1 year, and the best-case scenario gives only a 5 years lease of life and that too in 10%-12% patients only. And yet around 80% cases of lung cancer are preventable as they are related to smoking cigarettes and bidis (usually in males) or use of bio mass fuel (usually in females). A vast majority of rural Indian women still use this dangerous form of cooking, which is also an important risk factor for lung cancer."

"The rest 20% patients get this dreaded form of cancer as a result of second hand smoke or through occupational hazards at work place like working in asbestos related industry, brick kilns, colour industry, lass industry. I have also come across a non-asbestos related malignant mesothelioma casehe was a farmer using chemical pesticideswhich perhaps caused the lung cancer", he shared.

Many studies corroborate that smoking is the leading cause of lung cancer. In one report from India, roughly two-thirds of all patients with lung cancer were smokers, using either cigarettes and/or bidis (hand-rolled tobacco). Another study in China revealed that lung cancer risk was two to four times higher among smokers as compared to non- smokers. In the United States, cigarette smoking is linked to about 90% of lung cancers. A study conducted by the University of Hong Kong found that smoking increased the lung cancer risk for the elderly by a whopping 421% when compared with non-smokers. A large number of lung cancer deaths could be prevented by avoiding key risk factors, including tobacco smoke, urban air pollution and indoor smoke from household use of solid fuels. The take home message would be, as so aptly said by Dr Surya Kant--stay away from tobacco and stay safe from cancer.

Though Difficult to Diagnose and Treat, Lung Cancer is Easy to Prevent Personalised Printable Document (PDF)