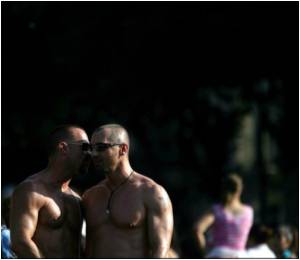 Latin America's first official gay cruise will leave the port of Buenos Aires next month for two cities in Uruguay, one of the organizers said Tuesday.

"Ego is the first cruise for gays and lesbians in Latin America," said Jorge Giorno, who owns the Thesys organizing firm. He noted demand was "very high" since Argentina passed a measure in July legalizing gay marriage.

Same-sex couples may be allowed to have civil partnership ceremonies in places of worship if the British government succeeds in changing the law.
Advertisement


"We are getting calls from around the world," said Giorno, 10 months ahead of the December 12 departure for Punta del Este and Montevideo in Uruguay.

The US Supreme Court on Tuesday let stand a law authorizing homosexual marriage in Washington, DC rejecting a challenge from anti-gay activists.
Advertisement
Buenos Aires is considered a prime location for the gay community. The tourism bureau estimates that 18 percent of Argentina's tourism bureau comes from goods and services tailored for gays and lesbians.

Argentina's gay law amended the phrase "husband and wife" to "contracting parties" in the Civil Code.

It also extends equal rights to homosexual couples in matters of adoption, inheritance and social benefits.

Same-sex marriages were halted in California by a US court until December while the battle over gay rights might even end up in the appeal being sent to the Supreme Court.
Advertisement
<< More Than Half of All Brit Girls Don't Wait for Partners to...
China to Stop Use of Leather Protein in Food Production >>