Thinner Italian Women in a 'Fatter' Western World - How? 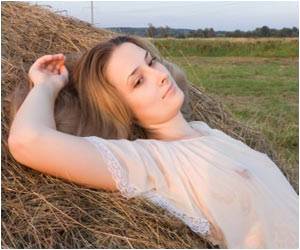 Italian women are the only ones getting thinner despite an obesity epidemic in the Western world according to a new study on Friday that also explores the reason behind the weight loss.

Experts told AFP it's all thanks to major cultural changes in Italy, a healthy Mediterranean diet and simply paying more attention to waistlines.

The ideal of beauty is "very different from the post-war period if you look at photos of actresses from the 1950s" like Sofia Loren or Gina Lollobrigida, said Maria Rosaria D'Isanto, a nutritional expert in Treviso in northern Italy.

"The level of education has risen and with that so has the consciousness of the correlation between excessive weight and health. We have a new generation that is not the 'fat is beautiful' one," she said.

Another important factor was "the re-evaluation during the 1980s of the Mediterranean diet" based on olive oil and rich in fibres, she added.

In France "the cuisine is rich in fats with cheese or butter but in Italy it's olive oil. We are more conscious of what constitutes fat," she said.

Public health campaigns in schools over the past 30 years have given a helping hand and Italian women are now doing more exercise than ever before.

And last but not least parents are becoming "very careful about food" compared to grandparents, who think of "plentiful eating as a sign of wealth."

"If you look at Scandinavian, German or Ukrainian women, they're magnificent when they're 18-20 years old but after that they let themselves go and by the time they're 35 they're already flabby," Migliaccio said.

"It's not just that they're going to the hairdresser more. Italian women are among the most elegant in Europe and they care more about their waistlines than other women," he said -- "even when they are overweight or obese."

Last but not least, Migliaccio said the BMI is going down because Italians as a whole are getting taller "and can now have basketball or volleyball teams" -- with average heights rising some 10 centimetres in the past 100 years.

Why?: "A better diet, a healthier lifestyle and more happiness."

Due to busy lifestyles, food holds the least amount of importance for many of us. Healthy snacking is not as simple as it sounds. It involves thorough understanding of what, when and how to eat.
Advertisement
<< Study Links Childhood Obesity to Working Mothers
Doctors Warn of Increase in Overweight Adults Worldwide >>