Things Our Fingers Can Tell Us 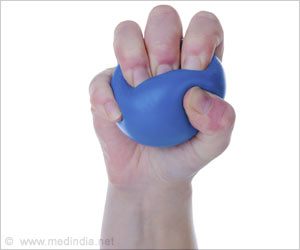 Men with a high 2D:4D ratio (i.e. those whose index finger is longer than their ring finger) tend to be better educated, according to HSE researchers.

These findings are presented in the paper "2D: 4D and lifetime educational outcomes: Evidence from the Russian RLMS survey" in Personality and Individual Differences.

Get Rid of Swollen Fingers This Winter

Wear gloves and socks to keep the fingers of your hands and feet warm and cozy. Do not use ice cold water to wash your hands and feet.
Advertisement
‘Certain characteristics of the pre-natal period can have a strong impact on certain aspects of personality, such as aggressiveness and appetite for risk, financial behaviour, academic performance and career choice.’

A number of studies conducted in recent decades at the intersection of biology and economics have shown that certain characteristics of the pre-natal period can have a strong impact on certain aspects of personality, such as aggressiveness and appetite for risk, financial behaviour, academic performance and career choice.


Since intrauterine data is hard to collect, researchers often use anthropometrics, e.g. the 2D:4D ratios, as a proxy. While finger length is easy to measure, this approach does involve a certain degree of risk. While some researchers associate 2D:4D with perinatal testosterone (PT) exposure, some others argue that PT is not associated with finger length; in addition to this, finger length itself can change over a lifetime. Yet the importance of perinatal development prompts further empirical analyses of 2D:4D ratios to add correlations and test known quantitative associations on new data.

Researchers explain how evolution has equipped our hands with five fingers.
Advertisement
In Russia, researchers of the HSE International Research Laboratory for Institutional Analysis of Economic Reforms led by Maria Yudkevich and John Nye were among the first to focus on this area. They have already established empirical associations for 2D:4D ratios in areas such as academic performance, uptake of financial services, and employment (income, career choice).

The HSE researchers conducted a regression analysis using data from the 20th wave of RLMS-HSE, which also measured 2D:4D ratios of respondents from Moscow and the Moscow region. First, the HSE team analysed the differences in 2D:4D ratios for respondents with different levels of educational attainment. In particular, the research team was interested in the average 2D:4D values for respondents with university-level education (and above) as compared to those respondents without higher education. They then used the STATA 13 econometric package to build a regression model taking into account the level of education throughout the sample and obtained positive correlations between male respondents' 2D:4D ratios and levels of education. Specifically, men with higher 2D: 4D ratios for either or both hands were found to be better educated. No such correlation was found for women.

The mechanism behind this established association may also involve aggression: a negative correlation between 2D:4D and male aggression has been established in literature, while some studies associate different levels of aggression with low academic performance, particularly in secondary school.

Admittedly, the study's limitation is that it fails to pinpoint the 2D:4D effect, as some other characteristics may have contributed to educational outcomes, such as student age, parental education and type of settlement where respondents finished secondary school - these parameters were only partially addressed in the study.

On the other hand, the authors successively fulfilled the research task of revealing a correlation between 2D:4D and educational attainment, conditional on available additional predictors of education. The authors' findings complement an earlier discovery of the link between 2D:4D and academic performance based on student data from Moscow, Manila and Spain.

The doctors sewed 3 fingers to the woman's forearm to give the fingers continued blood supply while the rest of the woman's hand was being rebuilt.
Advertisement
<< Traditional Hearing Tests may Not Detect Common Form of Hea...
Discrimination Contributes to Pediatric Asthma Rates >>

A new study found a link between relative lengths of index and ring fingers in men and behavior towards women.

Things Our Fingers Can Tell Us Personalised Printable Document (PDF)