The Way To a Man's Heart Is By Touching His Arm 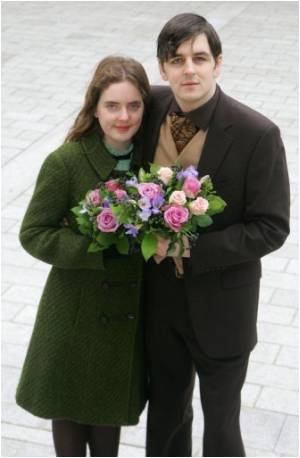 Ladies, forget fluttering your eyelashes or flicking your hair. The quickest way for a woman to gain a man's interest is by gently touching his arm, say psychologists.

As part of their study, researchers recruited a 20-year-old woman, rated 'averagely attractive' by a panel of 18 men, to approach 64 young, single males chosen at random in a bar.

She asked each of them to help her get a key into a key ring.


During half the encounters, the woman then touched the man for one or two seconds on his forearm before thanking him and returning to her table.

The Perks of Attractiveness: Better Social Relationships and Mental Health

Attractive people tend to have more social relationships and therefore an increased sense of psychological well being, reveals a new study.
Advertisement
Researchers found a third of the men who had been touched struck up a conversation with the woman, but that only 16 per cent tried to talk to her if they had no physical contact.

"Numerous researchers have found that such brief non-verbal contact significantly increases compliance," the Daily Mail quoted Dr Nicolas Gueguen from the University of South Brittany, who led the study, as saying.

Your Attractiveness Relies Upon How Healthy You Look, Says Study

Researchers have shown that there is truth to the received wisdom that a rosy complexion of the skin represents healthiness, while a green or pale color indicates illness.
Advertisement
Advertisement