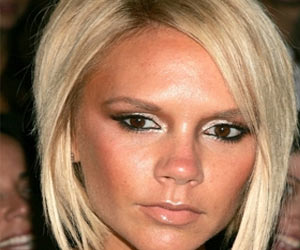 According to a UK poll, David and Victoria Beckham have been voted as the Best Parents 'Role Model.'

People surveyed had been asked to specify why they thought the celebrities they chose represented the best parents role model for them, the Sun reported.

46 percent of people chose Beckhams because of the "strong bond" that they have as a family, despite their career choice.

Miranda Kerr and Orlando Bloom were place second in the poll conducted by MyVoucherCodes.co.uk, while in third place with 36 per cent of the vote was singer Beyonce and her husband Jay-Z.

David Beckham was Advised Against Tattoo
David Beckham's tattoo artist said that the footballer neglected his advice to think twice before .....

David Beckham's Hairstyle Crowned Most Desirable
A new study has revealed that David Beckham has the hairstyle that most men would like to emulate....