The Three Rs Taught to Bulgarian Roma By Summer School 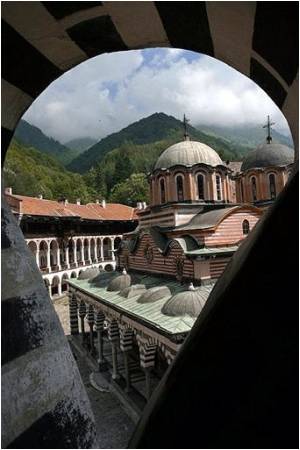 73-year-old Vinitka Nacheva is hunched over a table at a dilapidated Roma school in northwest Bulgaria as she delightedly pours over texts and maths exercises.

She is among the more than 7,000 people who signed up for a new European Union-funded programme aimed at combating illiteracy in Bulgaria, a problem disproportionately affecting the Roma minority.

World Concerned About Rising Rates of Illiteracy in China

Illiteracy and education inequality in China has become a subject of concern throughout the world, a UNESCO official has claimed.
Advertisement

"I go to school with joy in my heart every afternoon, after I have worked in my garden," says Nacheva, whose learning is hampered only by a cataract blurring her view of the blackboard in the Berkovitsa school.


With about 700,000 people, Bulgaria's Roma community makes up 10 percent of the population. The vast majority live in poverty and unemployment is rampant.

A battered housewife, a Muslim widow and an illiterate mother of four are among a group of Indian women looking to carve out a living by breaking into the male preserve of New Delhi taxi drivers.
Advertisement
Of those enrolled on the programme, some 4,600 chose primary-school-level classes. Many of these are unemployed Roma.

For 29-year-old Sofka Asenova, the classes offer a chance to catch up on lost time.

"I had to take care of my brothers and sisters and I got married at 15," says Asenova as she learns about the difference between singular and plural.

"I have two children and I will make sure they study. If I had studied, I wouldn't be jobless."

Young marriages like Asenova's are causing many Roma to miss out on a decent education, says Katia Georgieva, the dynamic director of the Roma school.

"Precocious weddings among the Roma are a persistent problem that deprives many young girls of an education," says Georgieva, whose school saw 116 register for the summer programme.

Asenova will sit for her primary school certificate this autumn. If she passes, she will receive 55 leva (28 euros, $35) and can start her secondary education with a private tutor, ahead of the next summer programme.

Programme participants receive four leva per day, which is often what attracts them to the course in the first place. Over a month, that amounts to 80 leva, double what many receive in social benefits.

But once they start learning, "money is not their main motive anymore," Georgieva says.

Bulgaria joined the EU in 2007 and the bloc is providing 15 million leva (7.6 million euros, $9.6 million) to fund the programme for two years.

According to last year's census, a massive 12 percent of the Roma minority is illiterate, compared to 0.5 percent for the rest of the population.

The programme lasts between three and five months and teaches basic skills like reading, writing and arithmetic -- as well as more advanced topics at a higher level.

Before she learned to write, she paid a social worker one lev (50 euro cents, $0.64) to fill in the form. And he would insult her, she says.

Petar Todorov meanwhile is taking classes to get a legal driver's licence to replace his current, less regular one.

"I picked raspberries in Italy, now I'm leaving to pick olives in Greece. But without a driver's licence, my hands are tied," he says.

"I tell them about contraception, I insist on hygiene," says director Georgieva, who teaches biology.

In this run-down neighbourhood, home to 2,500 people, the electricity has been out since the bills went unpaid.

"We never have enough to eat," adds Ivanova, who receives 40 leva each month in unemployment benefits, provided she works part-time as a cleaning lady.

She also receives 35 leva for each child and sells medicinal herbs and mushrooms she finds in the forest.

"We barely survive. How can you send the kids to school in town? You have to dress them, give them shoes or else they'll be called 'dirty gypsies'," she says.

Her current pupils are now waiting for their next payment.

"Who will study without money? Better yet to pick plums," they say.

Top Tips to Beat the Summer Heat
News Archive
News Resource
Advertisement
News Category
Is It Healthy to Let Your Mind Wander? Walk Till it Hurts: Good News for Peripheral Artery Disease Patients Plus Size Models and Social Media: Where Do They Fit In? Interrupted Sleep: Is It Good or Bad? Protecting Children from Negative Effects of Divorce?
More News
Sign up for Wellness Consult a Doctor Sign up for Selfcare

Noscaphene (Noscapine) Loram (2 mg) (Lorazepam) Diaphragmatic Hernia Drug Side Effects Calculator Find a Doctor Calculate Ideal Weight for Infants A-Z Drug Brands in India Find a Hospital Iron Intake Calculator Blood Pressure Calculator
This site uses cookies to deliver our services. By using our site, you acknowledge that you have read and understand our Cookie Policy, Privacy Policy, and our Terms of Use