The Story Of Sex That The Berlin Wall Separated

"Sex at last" or "Pleasure without borders," claimed West German headlines aimed at East Germans who thronged to Western sex shops after the Berlin Wall fell 20 years ago this November.

"It was curiosity born of great innocence," recalled Kurt Starke, 70, a sociologist and sex expert in Leipzig, eastern Germany. 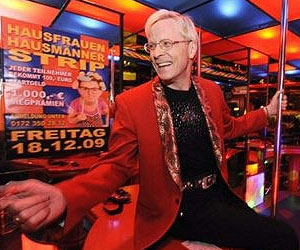 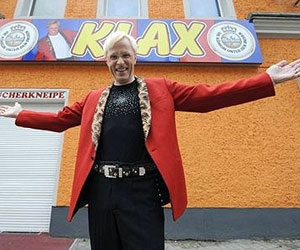 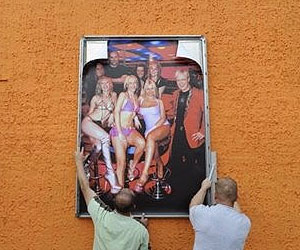 "Couples went to sex shops, sometimes with grandmothers holding a child by the hand. We wanted to discover everything the West had to offer."


Under the totalitarian state in the German Democratic Republic (GDR), as communist East Germany was known, pornography and prostitution were serious taboos.

"The sex trade in West Germany was considered by the regime as bourgeois decadence," Starke remembers.

But "people were drawn by pornography, we could have sold it non-stop," said Wolfgang Foerster, 55, who sold X-rated videos under the counter and then started one of the first striptease clubs in Dresden, eastern Germany.

Seeing a gap in the market, Western entrepreneurs jumped in as early as 1990 when the country unified.

Caravans of prostitutes parked outside dilapidated eastern cities and downmarket sex shops opened their doors, although their legal status was still uncertain.

"The girls liked East German guys because they were gentle and timid, but complained about Westerners who thought their money could buy anything," said Foerster, whose club was located near one of the mobile brothels.

"When regulations were established, many of the operations shut down and the pioneers disappeared. Many were amateurs who had not managed to make it in the West," he said.

The lack of money had something to do with it. Reunification was harder than many expected and unemployment in eastern German states is still much higher than in the west.

But in the intervening years, a nostalgia for "love as it was before" has risen in the east.

Back then, "men and women depended on their own imagination. That made sex less stressful," said Berlin writer Jutta Resch-Treuwerth, 67, who wrote for a lonely-hearts column for young Easterners for some 20 years.

"In a rigid state that wanted to control everything, citizens were more emancipated with respect to their sex life, women in particular," Professor Starke added.

Better access to higher education and jobs along with free abortion and contraception and generous family policies favoured a less traditional role for women in the East than in the West at the time.

And in bed, women took the initiative more often and reached orgasm more often than their Western counterparts, at least according to polls taken then.

"Eastern women did not talk about their orgasm for hours, they just let themselves go," Starke said.