The Science Behind Einstein's 'Turbulence' 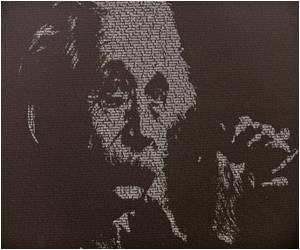 Till date, there's no valid mathematical theory to explain turbulence.

David Radice and Luciano Rezzolla from the Max Planck Institute for Gravitational Physics (Albert Einstein Institute/AEI) in Potsdam have now taken a major step toward solving this problem.

For the first time, a new computer code has provided relativistic calculations that give scientists a better understanding of turbulent processes in regimes that can be found in astrophysical phenomena.


Turbulent flows are very common and play a major role in the dynamics of physical processes.

We all come across turbulence on a daily basis, for example every time we mix milk and coffee, or in gasoline-air mixture in combustion engines, or in the diluted hot plasma of the intergalactic medium.
Advertisement
Already as far back as in the 15th century, turbulent vortices were studied by Leonardo da Vinci.

In the 19th century, Claude Navier and George Stokes formulated equations that described the motion of fluids and gases.

The corresponding "Navier-Stokes equations" can also be used to describe turbulence.

However, using simple geometrical and energetic arguments, the Russian mathematician Andrey Kolmogorov developed during the Second World War a phenomenological theory for turbulence that is still valid today.

Despite Kolmogorov's predictions have been validated in a number of conditions, a fundamental mathematical theory of turbulence is still lacking.

As a result, the "Analysis of the existence and regularity of solutions to the three-dimensional incompressible Navier-Stokes equations" is on the list of unsolved mathematical problems, for which the Clay Mathematics Institute in Cambridge, Massachusetts, offered prize money to the tune of one million US dollars in the year 2000 for its solution.

"Our calculations have not solved the problem, but we are demonstrating that the previous theory has to be modified and how this should be done. This brings us one step closer to a basic theory for the description of turbulence," Rezzolla, head of the Numerical Relativity Theory working group at the AEI, said.

Advertisement
<< Hepatitis A Virus Cloaks Itself in Membranes Hijacked from ...
Robot Therapy Vs Pet Therapy For Pediatric Patients >>

Indian Girl Has Higher IQ Than Einstein: Telegraph Report
The revelation that a 12-year-old Indian girl has an IQ higher than Albert Einstein and Stephen ......

16-year-old UK Girl Has Higher IQ Than Einstein
Is it possible to have a higher IQ than Albert Einstein? Well yes it is since a 16-year-old ......