The Risk Behind Oral Contraceptives 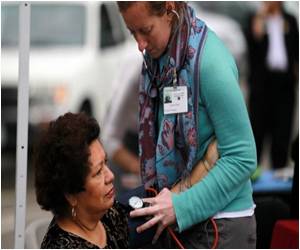 In the wake of fears that so-called third- and fourth-generation oral contraceptives boost a risk of thrombosis, a French drug watchdog released estimates for blood clots linked to birth control pills.

Between 2000 and 2011, contraceptive pills were linked on average to 2,529 annual cases of blood clots, the National Agency for the Safety of Drugs and Health Products (ANSM) said.

Of the tally, 1,751 were attributable to third- and fourth generation pills, it said.


On average, 20 fatalities annually could be linked to contraceptive use, six of which could be attributed to first- and second-generation pills and 14 to the later-generation pills, the agency said.
Advertisement
"The risk of venous thromboembolism applies to the population as a whole, but the risk is low," the ANSM said in a press release.

Clots that lodge in the veins can be highly dangerous, potentially causing strokes or heart attacks.

The ANSM estimates are based on a statistical model, not on an analysis of individual cases. Smoking and obesity are also associated with higher risk of clots.

More than four million women annually took oral contraceptives during the 2001-2011 period, roughly half of whom took first- and second-generation pills and the remainder third- and fourth-generation.

The third-generation Pill, introduced in the 1990s, and the fourth generation, approved in the last decade, are formulated to have synthetic versions of the female hormone progestogen, the idea being to skirt side-effects associated with older contraceptives.

In January, the health ministry called on doctors to prescribe third- and fourth-generation pills only "in very specific circumstances" and never as a first option.

It also urged the European Medicines Agency (EMA) to alter its guidelines accordingly. The EMA said on January 28 that it would study the request.

The health ministry also dropped the two later generations of the Pill from the list of medications that are reimbursed under France's national health-insurance programme.

The ANSM said that figures for February showed a slump in sales of 34 percent for third- and fourth-generation pills, and a rise of 27 percent for first- and second-generation alternatives, as women made the switch.

The storm in France has been triggered in part by the case of a 25-year-old woman, Marion Larat, who was left badly handicapped by a stroke that, in a lawsuit, she attributes to a later-generation pill made by Bayer.

A Danish study published in the British Medical Journal in 2011 found women who took one of the newer types of Pill ran twice the risk of developing venous thromboembolism compared to counterparts who used older-generation pills.

Compared with non-users of the Pill, the risk of a clot was between three and six times higher.

In absolute terms, though, the risk from the newer contraceptives was small, the investigators said.

Oral Contraceptives Can Cause High BP in Women
An Indian-origin researcher has found that long-term exposure to estrogen can lead to higher risk .....

Oral Contraceptives Do Not Cause Weight Gain In Women
A new study has disproved the commonly held belief that birth control pills cause weight gain....