The Potential of Clothing Has Power to Overcome Language Barrier 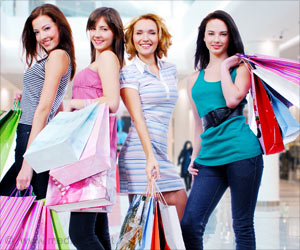 In our day-to-day life, the dress we wear is a non verbal communicator and compliments our language and as a tool that represents our culture, sexuality, nationality, class and other identities.

"Dress provides a rich visual indicator to all audience, both familiar and unfamiliar. This can be judged by simple observation in our day to day life as a particular piece of clothing worn by a person is associated with formal role like Doctor, Nurse, Fire person, policeman, defense personal, attending a party or getting married" said Dr Ian W King Professor of Aesthetics & Management, University of the arts London & college of fashion and author of the famous book 'The Aesthetics of dress' while speaking at a function recently organised by ARCH Academy of design.

Blame your clothing and accessories such as skinny jeans, oversized bags worn on one side of the body, high heels, heavy coats if you have back pain.
Advertisement
‘Fashion is the most creative industry in the world with more than 50 million people involved worldwide and an ever growing turnover of three trillion dollars.’

"Our dress as non verbal communicator is presented to unfamiliar audiences in our day to day life. If we travel in Metro train or sit on a bench in a park, our presence is not based on appearance but reinforced through dress and amplified through non verbal language. We cannot verbally introduce ourselves to audience but we consider their attention as familiarity in guise. The potential of clothing has power to overcome language barrier," said Dr Ian W King who has closely worked with many international acts ranging from: the London Philharmonic Orchestra, Granada TV to Tina Turner, Elton John and Michael Jackson. "In today's world, what is worn on our body is not neutral activity and not many of us in today's society can claim that our choice of clothing is restricted to decision to protect us from warm or cold weather or to clothe our nakedness. The reality is contemporary world is dominated by media, design, label an brands . That is aesthetics," said Dr. King.


"We 'dress' our bodies to communicate - to express our confidence (or not), identity, status, aspirations, affiliations etc. We dress according to the situation/audience etc. It might be to attract attention, to protect or to hide the body. It might be to accentuate height, or religious belief, or simply to shock or conform. Essentially, it is not simply clothing that we wear that achieves this - for example, hair, makeup, jewellery, handbags, shoes, piercings, tattoos - cumulatively these constitute how we 'dress' our bodies. Thus, the appearance (as well as the feel) of the body is significant if we are to appreciate an enacted approach to aesthetics," he said.

Try Deconstructed Dressing to Stand Out at Work

Wearing a Leather Jacket can Refresh Your Image

Harkirat Singh, Managing Director at Woodland Worldwide, has rolled out a few tips on styling your leather jacket.
Advertisement
<< Grey Hair Linked to Heart Disease Risk in Men: Study
A Gene Called CRY1 may Explain Why You are a Night Owl >>

It can sometimes be a struggle to dress for Halloween. All you need to do is a little bit of searching and mix-match stuff in your wardrobe, suggests an expert.