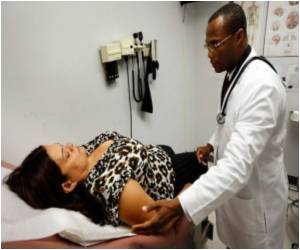 Researchers have identified genetic differences between placebo responders and non-responders, providing an important new clue to what has come to be known as "the placebo effect."

Although placebos have played a critical role in medicine and clinical research for more than 70 years, it has been a mystery why these inactive treatments help to alleviate symptoms in some patients - and not others.

The discovery that the unconscious mind plays a key role in the placebo effect led researchers to identify a novel mechanism that helps explain the power of placebos and nocebos.
Advertisement

Led by investigators at Beth Israel Deaconess Medical Center (BIDMC) and Harvard Medical School (HMS), the new findings demonstrate that genetic differences that account for variations in the brain's dopamine levels help to determine the extent of a person's placebo response, a discovery that not only has important implications for patient care, but could also prove to be of significant benefit to researchers in designing and conducting clinical trials to help determine a drug's effectiveness.


The findings appear in the October 23 issue of PLOS ONE.

"There has been increasing evidence that the neurotransmitter dopamine is activated when people anticipate and respond to placebos, " explains the study's first author Kathryn Hall, PhD, a research fellow in the Division of General Medicine and Primary Care and member of the Program in Placebo Studies and Therapeutic Encounter (PiPS) at BIDMC. "With this new research, we may now be able to use a person's genetic makeup to predict whether or not they will respond to a placebo."

While acupuncture may effective in relieving chronic back, joint and shoulder pain, some of the benefits may be due to the "placebo effect.
Advertisement
The placebo effect occurs when patients show improvement from treatments that contain no active ingredients. For investigators conducting clinical trials of new drugs -- which require that new treatments be tested against a placebo control to determine their efficacy- placebo responses can pose a particularly difficult challenge, requiring investigators to recruit additional patients in order to acquire statistically significant data, and substantially adding to the overall cost of the trial.

Because dopamine is known to be important to both reward and pain, the investigators began their search for a genetic placebo marker in the dopamine pathway. Their focus soon turned to the catechol-O-methyltransferase (COMT) gene.

"COMT made for an excellent candidate because it's been implicated in the cause and treatment of many conditions, including pain and Parkinson's disease," says Hall. "It's also been found in behavioral genetic models of reward responsiveness and confirmation bias, the tendency to confirm new information based on your beliefs."

"People with two copies of met, the "met/mets," have three to four times more dopamine available in their prefrontal cortex [the brain area associated with cognition, personality expression, decision making and social behavior] than the people with two copies of val," explains Hall. The scientists hypothesized that if dopamine was indeed involved in the placebo response, they would see a difference between how met/met, val/val and met/val genotypes responded to placebo treatments, with the met/met individuals showing a higher response.

To test this hypothesis, the researchers took advantage of a unique opportunity, revisiting a 2008 clinical trial led by PiPS Director Ted Kaptchuk, designed to study the placebo effect in patients with irritable bowel syndrome (IBS). "In our original work, IBS patients were assigned to one of three treatment arms and we explored the placebo response in relation to the patient-provider experience and the clinical environment in which the placebo is administered," explains Kaptchuk, Associate Professor of Medicine at HMS and the study's senior author. The treatment conditions included either being "waitlisted' and receiving no treatment, receiving placebo acupuncture in a business-like clinical manner, or receiving placebo acupuncture treatment from a warm supportive health care provider.

Armed with this original data, the scientists genotyped blood samples from patients from the earlier study, using a statistical method known as regression analysis to analyze the effects of a person's genotype and the type of treatment received. "Our regression analysis found that as the copies of met increased, placebo responses increased in a linear fashion, presumably because more dopamine was available," Hall explains. The findings showed that among the IBS patients who had been in the waitlist treatment arm there was no difference in treatment responses between met/met, val/val and met/val genotypes as determined by the IBS-Symptom Severity Scale and Adequate Relief. Among those in the group that received a placebo administered in a businesslike manner, the met/met genotypes showed a small improvement over their val/val and met/val counterparts.

But, says Hall, among the individuals who had received placebo treatment from the warm supportive health care providers, there was a striking difference: the "met/mets" demonstrated a six-fold greater improvement in their IBS symptoms relative to the "val/vals."

"These findings suggest that it is possible that met/met is a genetic marker for the placebo response and val/val is a marker for non-response," says Hall. "In addition, our findings underscore differences in placebo response based on the patient's experience of the clinical environment. In the case of the met/met individuals, you can really see the advantage of a positive doctor-patient relationship. Conversely, our findings suggest that the val/val patients are less influenced by placebo treatment and this sheds light on a clinical challenge faced by many health care providers, whose empathic care helps some people, but makes no difference to others."

Although the researchers note that this is a small study, and that these findings will need to be replicated, they offer an important first step in dealing with the placebo effect when conducting clinical trials, now estimated to cost upwards of $1 billion.

"Currently, most drugs need to demonstrate superior efficacy performance against a placebo before they can receive approval from regulatory agencies, such as the U.S. Food and Drug Administration [FDA]," explains Gunther Winkler, PhD, Principal of ASPB Consulting, LLC, and consultant to the pharmaceutical industry. "Being able to predict a genetic predisposition for heightened placebo response could potentially have a major impact in reducing the size, cost and duration of clinical trials. This study's findings are a significant step forward in understanding, predicting and controlling the placebo effect and could help lead to revolutionary changes in the way new medicines are developed in the future."

"This study opens a new avenue of investigation into the biological basis of the placebo response," adds Kaptchuk. "Just as some people find attending church or synagogue to be transforming and others just fall asleep, there are people who are enticed and deeply influenced by the rituals and symbols of medicine, and now we recognize that there may be a genetic explanation for some of this response. Our study is only the first step, and our findings are preliminary, but we hope that as further research unfolds, the implications and expansion of these findings might contribute to improving both clinical care and the efficiency of conducting clinical trials."

Scientists may have found an answer to what makes placebos, sugar pills with no therapeutic or curative value, work.
Advertisement
<< In Patients With Metastatic Prostate Cancer, Noninvasive As...
New Gene Therapy Method Tested In Human Cells >>