The Nobel Prize No Longer A Male Bastion

A banner year for female Nobel laureates highlights incremental but steady progress for women in science's mostly male bastions, say experts who point to greater funding and career opportunities for women than ever before.

A record five women were awarded Nobels this year -- nearly one-eighth of the 41 awards to female recipients in the 108-year history of the prize. Until now, the highest number of women honored in a single year was three, in 2004.

Why Are Most Nobel Laureates Americans? Or Are They Really?

Cash-rich US researchers have again dominated this year's Nobel awards, but it seems identifying the nationality of laureates is not an exact science, and change may be on the way.
Advertisement 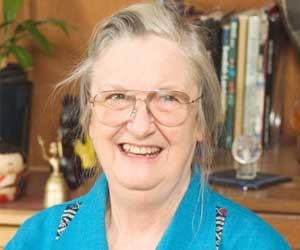 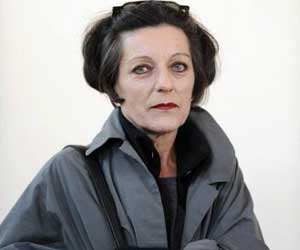 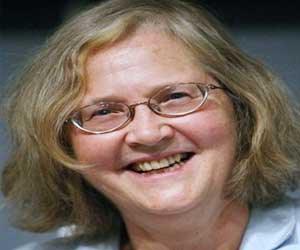 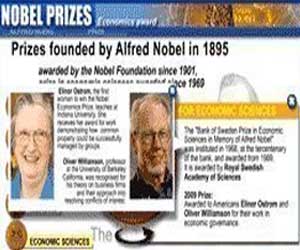 FLASH GRAPHIC: Nobel Economics Prize awarded to US economists, including a female economist for the first time

This year's winners included: Herta Mueller who took the literature prize; Elizabeth Blackburn and Carol Greider for physiology or medicine; Ada Yonath for chemistry; and in a major breakthrough, Elinor Ostrom for economics -- the first time a woman has won in that field. Facts: List of previous winners.


Ten women have won the prestigious medicine award since the first Nobel prizes were handed out in 1901, but 2009 marks the first time that two women received the award in the same year.

Nobel laureate Richard J Roberts says that if anybody wants to win the most coveted award on Earth, then biotechnology is the field to conduct research.
Advertisement
Greider said a sort of emerging old girls' network is aiding women researchers who have been boxed out of high-power science careers by the more traditional old boys' network.

"I think there's a slight bias of women to work for women, because there's still a slight cultural bias for men to help men," she said in Monday's New York Times.

"It's not that they are biased against women or want to hurt them. They just don't think of them. And they often feel more comfortable promoting their male colleagues," she told the Times.

Donna Dean, an eminent US researcher and regulatory scientist, said one reason women did not always receive the accolades they deserved had to do with their status at the bottom of the totem pole at research labs and in academia.

"Women have always carried out research at the highest levels; it is just that they were so often not recognized -- or nominated for the prestigious prizes -- for that work when their male colleagues and peers have been," she said.

"We still have much work to do to assure full recognition for research well done."

New laureate Yonath told an interviewer last year that in a world where there were not many women role models in science, she reached back for inspiration to Marie Curie, the first woman scientist to be awarded a Nobel -- twice, for physics in 1903 and chemistry in 1911.

"I think the population is losing half of the human brain power by not encouraging women to go into the sciences. Women can do great things if they are encouraged to do so," said Yonath.

Ostrom, 76, said she was "very surprised" to learn she had won, but hoped this year's awards serve as inspiration to a new generation of female students and researchers. Related article: Ostrom's reaction to her win

"I think in many of the sciences, especially the social sciences, it has been only recently that women were full professors, getting grants, doing research," she told National Public Radio on Tuesday.

"It doesn't say anything about their abilities, it's whether the opportunities were there. And now, slowly but surely, opportunities are being made available, and women are doing great."

Some experts said this year's Nobel haul is a sign that, however slowly, US government and research institutions have tried to level the playing field for women in the sciences.

All but one of the women who won 2009 Nobels were Americans, they note, and the lone woman who was not -- Yonath, an Israeli -- undertook much of her post-doctoral research in the United States.

"That more US women are showing up as Nobel prize winners is a reflection of the support and funding for their research that US scientists have received from federal agencies... as well as from private foundations over the past two to three decades," said Dean, adding that this year's Nobel successes are the fruit of years of nurturing women within scientific institutions. Related article: Americans dominate Nobel prizes

"Given that the US government actively promoted and supported equal access of women scientists to funding and participation in agency grant programs and processes since the mid to late 70s, the pipeline of productive and outstanding women US scientists is now quite robust," said Dean, who recently ended a two-year stint as president of the Association for Women in Science.

She said that as more women reach academic and professional success in the sciences, they increasingly serve as mentor to female protegees, making more future recognition increasingly likely.

"The efforts that have resulted in women now having full faculty status at tier one research universities with positions comparable to their male cohorts also has opened the doors to such opportunity," Dean said.

Mario Capecchi, Nobel Laureate for Medicine in 2007, has announced the invention of a technique to reveal the stem cells camouflaged in the pancreas.
Advertisement
<< Gender Differences Creep Into Our Shopping Impulses Too!
Prescription Records may Help Re-Identify Patients >>

A Nobel Laureate associated with the University of Utah has found that a single organ may comprise of more than one type of adult stem cell.