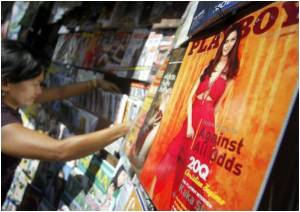 Flip through the pages of Aquila Asia magazine and it soon becomes apparent that the publication is different from other glossy women's magazines sold across the region.

Side by side with ads for expensive handbags and luxury cars are fashion spreads featuring professional models in Muslim headscarves -- and articles on topics like virginity and hymen reconstruction. 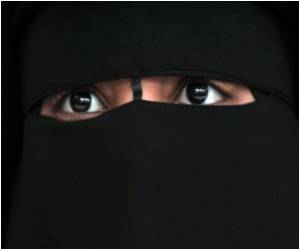 Aimed at "cosmopolitan Muslim women" in Asia, a new magazine is focusing on readers lifestyles rather than religion 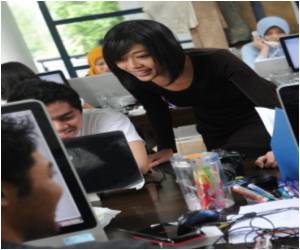 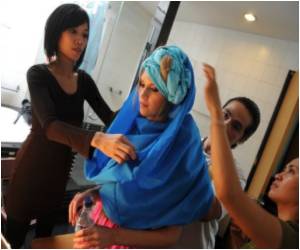 To be "modest and fabulous" is the motto of the bi-monthly magazine, whose name means "intelligence" in Arabic, said its vivacious founder and publisher Liana Rosnita, a Singaporean Muslim married to a Swiss man.


Aimed at "cosmopolitan Muslim women" in Southeast Asia, the magazine has corporate offices in Singapore and editorial operations in Jakarta, capital of the world's largest Muslim nation Indonesia.

"We don't work for the traditional school of thought," Jakarta-based Liana said in an interview with AFP.

"If people think that Muslims today are backward or traditional or don't have a sex life, or we're not interested in having a great career, then they are very wrong, because that's really not the case."

Describing Aquila Asia as something of a hybrid between US magazine Cosmopolitan and high-society publication Tatler, Liana said other Muslim magazines in Asia focus more on religion rather than its readers' lifestyles.

"For example in Indonesia, we have four different magazines catering for the Muslim market. But all four are very religiously-skewed. You don't see any models," said Brad Harris, Aquila Asia's branding director.

"They're still very old-school, they're very institutional," he added.

"I do believe that our magazine empowers Muslim women through our articles, because many Muslim women all over the world experience common issues," said Laila, who is herself a Muslim like most of the magazine staff,

"Here in Aquila Asia, we bring up those issues through our articles, so in a way we are voicing out those Muslim women's concerns," added the petite Laila, who, unlike publisher Liana, wears a headscarf.

The magazine was launched in March and claims a circulation of some 30,000 in Indonesia, Malaysia and Singapore -- where it made its first appearance this month.

It is in talks to expand into conservative Brunei, one of the world's last absolute monarchies.

Besides the magazine, Aquila Asia also has a website carrying the latest news stories and photographs on Muslims worldwide, together with video clips made by the global Muslim community and ads from luxury brands.

The magazine also has a page on popular social networking site Facebook with more than 1,700 fans so far from all over the world, and operates an account on micro-blogging site Twitter.

The latest May/June issue of Aquila Asia features a commentary on polygamy in the Muslim faith as well as an article on an online shop selling halal sexual wellness products such as moisturiser gels and aphrodisiac capsules.

Halal is a concept within the Islamic faith which designates what is permissible to eat or do.

But even as Aquila Asia pushes boundaries in its coverage, it takes care to conform to basic Muslim values, said creative director Sandy Tjahja.

"We have to appeal to (the readers') standards, but then we need to be careful with the level of their tolerance as well," he said.

Models wear clothes that are fashionable yet respect Muslim values, and sensitive issues are covered in a fair, just and tasteful manner, said Liana.

"Our readers actually make their own decisions," she added.

"It's taking a right step forward, because if those things are being talked about in other Muslim magazines, the tone is very different. The tone will be very male-oriented."

However, Junaini said the magazine should be more detailed when covering sensitive topics.

"Its not in-depth enough... the stuff that they talk about here is not something that I do not know."

But Liana emphasised that Aquila Asia is, at its core, a women's magazine.

"Women of other faiths in the world... strive to improve themselves in many aspects of their lives. Aquila Asia addresses these same things, so whether we're Muslim or not, its actually secondary."