The Most Searched for Term in 2010- 'Austerity' 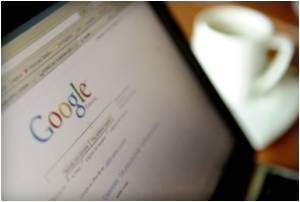 'Austerity' is now a famous word as it was the most-searched for term in 2010, and has won the Merriam-Webster's Word of the Year.

Also making the top ten list was the word 'doppelganger'. Other words include 'moratorium,' 'socialism' and 'bigot', reports the Daily Mail.

John Morse, president of the Massachusetts-based dictionary, said the search for the word's definition has been parallel to news coverage of the worldwide financial crisis that has seen protests and riots in Greece, Spain and Britain.


"What we look for (is) what are the words that have had spikes that strike us very much as an anomaly for their regular behaviour," said Morse.

"The word that really qualifies this year for that is "austerity"," he said.

Editors at the company believe that 'socialism' was searched because of coverage around financial bailouts and Democratic-backed health care legislation in the U.S.

They also noted that 'pragmatic' was looked-up a number of times after U.S. midterm elections.

'Bigot' was used by then prime minister Gordon Brown about a Labour voter in Rochdale during the General Election campaign.

Allan Metcalf, an English professor at MacMurray College in Jacksonville, Illinois said the list of words shows how the country is evolving.

"Around 20 to 30 years ago, everyone would know what "socialism" was. Same with "bigot". That fact that they have to be looked up says something about us" he said.

Similarly, although searches for the word 'shellacking' went up after President Barack Obama said he and his party took 'a shellacking' from voters in midterm election, Jenna Portier, an English instructor at Nicholls State University in Thibodaux, Louisiana, said the word is very common in southern Louisiana.

'Simples' Voted New Word of the Year
The grammatically incorrect catchphrase, 'simples', of telly sensation Aleksandr the Meerkat has been voted as the new word of the year.
READ MORE

'Unfriend'-Latest Oxford American Word of the Year
The New Oxford American Dictionary named "unfriend" which refers to deleting someone as a friend on a social network such as Facebook as its word of the year on Monday.
READ MORE

Word Obese Found to be Demeaning by fat People
Majority of the overweight people find the word "obese" to be demeaning and prefer to be called as "fat", a new study says.
READ MORE