The Magic Number in Sleep: Seven

People who sleep more or fewer than seven hours a day, including naps, are increasing their risk for cardiovascular disease, the leading cause of death in the United States, a study published Sunday shows.

Sleeping fewer than five hours a day, including naps, more than doubles the risk of being diagnosed with angina, coronary heart disease, heart attack or stroke, the study conducted by researchers at West Virginia University's (WVU) faculty of medicine and published in the journal "Sleep" says.

Sleep is a barometer of good health in the elderly. Sleep problems in the elderly are controlled by various external and internal factors.
Advertisement 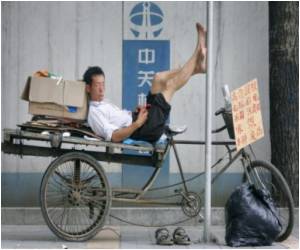 A man who collects for re-sale unwanted goods and appliances sleeps in the shade on his tricycle, in Beijing 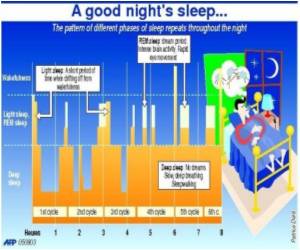 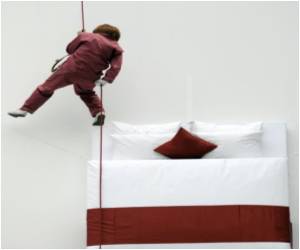 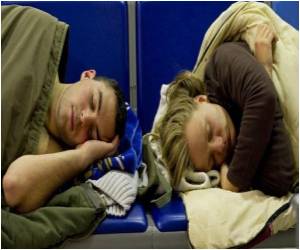 A couple sleeps on seats at Gatwick airport in southern England

And sleeping more than seven hours also increases the risk of cardiovascular disease, it says.

Circadian rhythm (also known as sleep/wake cycle or the body clock) is a biological process that follows an internal cycle of roughly 24 hours.
Advertisement
The most at-risk group was adults under 60 years of age who slept five hours or fewer a night. They increased their risk of developing cardiovascular disease more than threefold compared to people who sleep seven hours.

Women who skimped on sleep, getting five hours or fewer a day, including naps, were more than two-and-a-half times as likely to develop cardiovascular disease.

A separate study, also published in "Sleep", showed that an occasional long lie-in can be beneficial for those who can't avoid getting too little sleep.

In that study, David Dinges, who heads the sleep and chronobiology unit at the University of Pennsylvania school of medicine, found that 142 adults whose sleep was severely restricted for five days -- as it is for many people during the work week -- had slower reaction times and more trouble focusing.

But after a night of recovery sleep, the sleep-deprived study participants' alertness improved significantly, and the greatest improvements were seen in those who were allowed to spend 10 hours in bed after a week with just four hours' sleep a night.

"An additional hour or two of sleep in the morning after a period of chronic partial sleep loss has genuine benefits for continued recovery of behavioral alertness," Dinges said.

In the study about sleep and cardiovascular disease, researchers led by Anoop Shankar, associate professor at WVU's department of community medicine, analyzed data gathered in a national US study in 2005 on more than 30,000 adults.

And even when study participants with diabetes, high blood pressure or depression were excluded from the analysis, the strong association between too much or too little sleep and cardiovascular disease remained.

The authors of the WVU study were unable to determine the causal relationship between how long a person sleeps and cardiovascular disease.

But they pointed out that sleep duration affects endocrine and metabolic functions, and sleep deprivation can lead to impaired glucose tolerance, reduced insulin sensitivity and elevated blood pressure, all of which increase the risk of hardening the arteries.

The American Academy of Sleep Medicine recommends that most adults get about seven to eight hours of sleep each night.

Shankar suggested that doctors screen for changes in sleep duration when assessing patients' risk for cardiovascluar disease, and that public health initiatives consider including a focus on improving sleep quality and quantity.

"Sleep" is a peer-reviewed scientific journal published by the American Academy of Sleep Medicine and the Sleep Research Society.