The Healing Power of Prayer Reiterated by a Mozambique Study 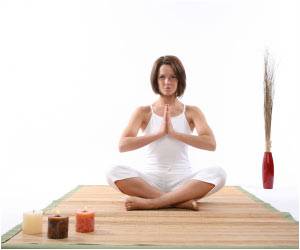 A study has affirmed the power of prayer to heal,especially the "proximal intercessory prayer", or PIP, as it is popularly called.

It's not just any kind of prayer, but "proximal intercessory prayer", or PIP -- when one or more people pray for someone in that person's presence and often with physical contact -- that was found by a team of doctors, scientists and religious experts to have remarkable results in healing some patients.

A Prayer for Oil to Finally Get Capped in Louisiana

The oil spill off the gulf in the US has harmed thousands of people, robbing them of livelihood and also causing great harm to the environment.
Advertisement

A team of medical doctors and scientists led by Indiana University professor of religion Candy Gunther Brown found in the study, conducted in rural Mozambique, that prayer brought "highly significant" improvements to hearing-impaired participants and significant changes to the visually impaired.


Fourteen hard-of-hearing and 11 visually impaired study participants were recruited at meetings of pentecostal Christian groups in three Mozambican villages and one town.

A number of applications designed to answer prayer and other religious requirements has been accommodated in Apple Inc's iPhone.
Advertisement
They were tested with a handheld audiometer or vision charts, depending on their impairment, both before and after they took part in a prayer session.

"There was a highly significant improvement in hearing across 18 ears of 11 subjects" and "significant visual improvements," says the study, which will be published next month in the peer-reviewed Southern Medical Journal.

Two of the hard-of-hearing study participants were able to hear sounds at 50 decibels lower after the prayer session and three of the visually impaired subjects saw their vision improve from 20/400 or worse to 20/80 or better.

The study focused on the clinical effects of prayer and did not attempt to explain how or why some participants saw such remarkable improvements.

"This study shows that in some instances there are measurable effects that can be demonstrated using clinical studies," Brown told AFP.

"I consider this very much a first step and an indication of the direction for where research needs to head. Much more needs to be found out about why these effects are noticed, what are the mechanisms, are there structural changes involved," she said.

Stressing that their study sample was small and the conditions under which the study was conducted were far from ideal, the researchers urged "future study... to assess whether PIP may be a useful adjunct to standard medical care for certain patients," especially in countries with limited care options.

"The implications are potentially vast given World Health Organization estimates that 278 million people, 80 percent of whom live in developing countries, have moderate to profound hearing loss in both ears and 314 million people are visually impaired," the study says.

Sydney to Pyongyang, Year of the Tiger Greeted With Fireworks, Prayers

Fireworks, lion dances and prayers for good fortune ushered in the Year of the Tiger on Sunday from Sydney to Pyongyang, as a cold snap across China failed to dampen celebrations.
Advertisement
Advertisement