The Fussy French are Most Pessimistic About 2011! 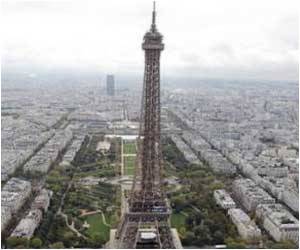 French people have topped the charts for being the most pessimistic people looking ahead to 2011, reveals a new poll.

In an attempt to measure its population's psychological and environmental wellbeing, Britain will introduce a happiness index a government source told the Guardian newspaper Monday.
Advertisement

A BVA-Gallup poll of 53 countries has found the French the world champions of scepticism, with 61per cent of respondents saying 2011 will be 'a year of economic difficulty.'


Britons were not far behind on 52 per cent, Spaniards 48 percent and Italians 41 percent, reports the Daily Mail.

The poll found that 67 per cent of French respondents believed unemployment would rise over the next 12 months.

We all know the popular adage, Money doesn't buy happiness , but how many of us find it true ? A new study by an economist has found some truth in this adage.
Advertisement
Employment was a major concern in the UK too, with 74 per cent of Britons believing unemployment would increase.

Pakistan came a close second at 72 per cent.

Meanwhile, in Brazil, India and China, 49 per cent of respondents said they believed 2011 would be economically prosperous, with only 14 per cent predicting hardship.

Vietnam topped the optimism rating with 70 per cent Vietnamese expressing confidence in the economic outlook for 2011.

Happiness is Tied to Your Spouse Not Money or Success

A new study shows that happiness is hitched to your spouse and not money, success or good health.
Advertisement
<< Tuning Dial for Controlling Your Body's Energy Identified
Smartphone App That Scans Your Food for Possible Allergies >>

A Common Factor in Misers and Spendthrifts - Unhappiness

People who spend too much or too little money are notably less happy than people who are satisfied with what they have spent, reports a new study.
Advertisement
News A-Z
A B C D E F G H I J K L M N O P Q R S T U V W X Y Z
What's New on Medindia

The Fussy French are Most Pessimistic About 2011! Personalised Printable Document (PDF)