The Dangers of Workplace Carcinogens 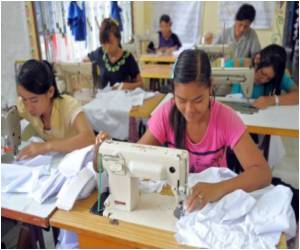 More than 5,000 cancers are caused every year due to the carcinogens present in the workplace, a new study published in the Medical Journal of Australia reveals.

Lead author Professor Lin Fritschi said that while it is difficult to come to the exact number of cancers caused by workplace carcinogens, over 5,000 cases annually can be directly traced to cancer causing agents present in work environment.

The authors added that in spite of such a high number, the government is doing little to ensure that the source of the carcinogens are identified and reduced. They also wrote that people are not being informed of the dangers of the work environment and thus legitimate compensation claims are not being filed.


"Poor awareness of exposure to occupational carcinogens and (a) lack of attribution of cancer to occupational causes limits opportunities to reduce the likelihood and extent of exposure. In addition, potentially legitimate compensation cases are not pursued", the authors wrote.

How Sports Helps Improve Employee's Mental Health and Productivity?
News Archive
News Resource
Advertisement
News Category
Ankle and Ankle Movements While Riding an Hoverboard Is It Healthy to Let Your Mind Wander? Walk Till it Hurts: Good News for Peripheral Artery Disease Patients Plus Size Models and Social Media: Where Do They Fit In? Interrupted Sleep: Is It Good or Bad?
More News
Sign up for Wellness Consult a Doctor Sign up for Selfcare

Accident and Trauma Care Calculate Ideal Weight for Infants Selfie Addiction Calculator How to Reduce School Bag Weight - Simple Tips Nutam (400mg) (Piracetam) Daily Calorie Requirements Drug Interaction Checker Sinopril (2mg) (Lacidipine) The Essence of Yoga Iron Intake Calculator
This site uses cookies to deliver our services. By using our site, you acknowledge that you have read and understand our Cookie Policy, Privacy Policy, and our Terms of Use