The Common Things That Perturb Travelers 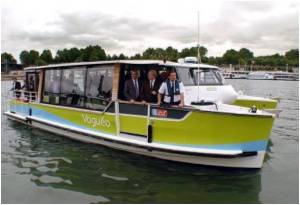 While travelling it is good to take care of the following aspects.

There are few common annoying traits you can take out of your repertoire straight away, reports the Age.


It's annoying when you hear other people do this; but it's mortifying when you catch yourself doing it without even realising.

Stand on the travelator in airports

Medical tourism can be broadly defined as provision of ''cost effective'' private medical care in collaboration with the tourism industry for patients needing surgical and other forms of specialized treatment.
Advertisement
It's not an amusement park ride, people. It's not there to save you the crushing responsibility of having to put one foot in front of the other. It's there to make your passage through the airport quicker. And that's not going to happen if you've got a family of five and their mountainous luggage placed strategically in the middle of the thing.

Tilt your seat back at mealtime on a plane

You find it impossible to feed yourself at a 90-degree angle. You must be tilted back. But for those of us who don't want their tray of food forced slowly through their chest because the person in front has decided to press the recline button, do us a favour: learn.

What's inappropriate? Have a look around you. Are the locals wearing bikini tops around town? Or are they covered up? Are the blokes running around in board shorts, or are they in long pants and shirts? Adopt the same standards as everyone around you, and you'll be fine.

You can spot them from a mile off, running around with expensive camera equipment, poking it in the face of anyone who looks "authentic". You know what? You're not being arty - you're being a pain in the arse.

Tell everyone that things were "way better here X years ago"

When you were first here, things were different. There were less tourists (like you). It was quaint, undeveloped, undiscovered. Now, people like you have ruined it. But for the benefit of those of us who haven't mastered time travel, just keep it to yourself. Oh, and try to have some fun now.

You know exactly how much you're allowed to bring on. And you know that if you attempt to sneak five or six bags on board and then cram them all into the overhead lockers, someone's going to be stuck with their bag at their feet for the whole flight. So why do it?

Tell everyone that things are better back home

This third world country you chose to visit doesn't appear to have the same standards of living as Australia? Well that's just stunning. Quick, grab a beer and tell everyone about it! It's pretty simple really - if you love everything about your home so much, stay there.

Amoebic dysentery or amoebiasis is an infection of the intestine that causes diarrhoea most frequently along with other causes.
Advertisement
<< 3-year Data on Stent With Biodegradable Polymer to be Prese...
Bedbug Infestations are Bugging Indeed >>