The Big Apple Shares Space With the Bedbugs This Summer

The city that never sleeps? New York has earned itself the title, at least this summer with the Big Apple's bedbugs not giving a moment of shuteye to residents. The tiny blood suckers specialize in feeding off sleeping bodies and this summer, specialists say, they're enjoying the pickings of their lives, specialists say.

After infesting unprecedented numbers of apartments and offices, the pests have branched out, raiding clothing stores and, most notoriously, a Victoria's Secret lingerie outlet on Manhattan's posh Upper East Side.

US officials are on the warpath against a new plague pouncing on unsuspecting Americans from cellphones, keyboards and mattresses -- the humble bed bug now staging a comeback after two decades.
Advertisement 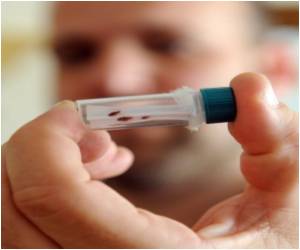 Jeremy Ecker holds a glass vial containing live bedbugs he uses to train dogs for his business, The Bedbug Inspectors 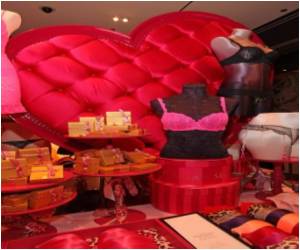 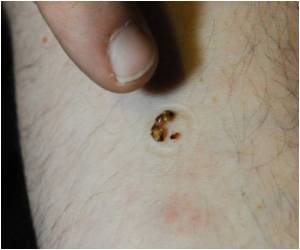 Jeremy Ecker of The Bedbug Inspectors points to bedbugs that are biting his arm to feed, in New York 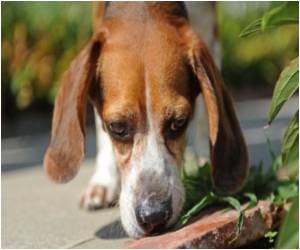 Freedom, a beagle trained by Jeremy Ecker of The Bedbug Inspectors, is trained to sniff out bedbugs, in New York 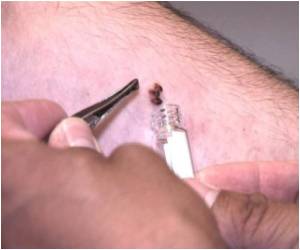 Bedbugs take a bite out of the Big Apple

Officials warn of an epidemic and promise half a million dollars in anti-bedbug funds.


"We want to send a message to bedbugs," City Council Speaker Christine Quinn said, announcing the measure Wednesday: "Drop dead. Your days are over."

Authorities in Madrid have declared war on a growing and formidable enemy -- bed bugs that are infesting hotel rooms throughout the country at an alarming rate.
Advertisement
Well, not quite, says Jeffrey White, host of Bedbug TV on www.bedbugcentral.com.

"They're really starting to become prevalent in a lot of places and a lot of people's homes are beginning to have a bedbug situation," he said. "It's dramatic in offices."

The city's 311 complaints line logged 31,719 bedbug-related inquiries in the 12-month period up to June this year, the mayor's office says. That's up from 26,000 in the previous year. Over the last five years, calls have risen about 20-fold.

Typically it's a problem no one wants to mention: infestations can lead to apartment leases being broken or, at the very least, bills in the hundreds of dollars from exterminator services.

But after a series of high-profile outbreaks this month, the dreaded B word became the talk of the town.

Next they scared the locals at an Abercrombie and Fitch clothing outlet in Manhattan, before causing panic in the emergency room at a Brooklyn hospital.

The incidents prompted the CEO of Abercrombie and Fitch, which also owns Hollister, to write to Mayor Michael Bloomberg with a plea for "leadership and guidance."

Then, in mid-July, the bedbugs got creepy, crawling into the delicate items on sale at Victoria's Secret and causing the outlet to shut down while the exterminators worked.

"Disgusting," Adriana Baglenao, 42, said a few days later as she emerged from the boudoir-like store with a little pink bag. "I only bought pajamas, but still. I'll put them in the wash right away."

City newspapers gorged on the scandal, filling pages with wisecracks about the true nature of "Victoria's secret" and bedbugs "killing the mood."

A typical bug is little bigger than a grain of rice, but tough. They live about 10 months on average, with the ability to survive weeks without blood, while females lay about 350 eggs over a lifespan. Pest control experts and entomologists say bedbugs were almost eradicated in the United States after World War II.

But then the most effective -- and noxious -- pesticides like DDT were banned, international travel boomed, and by the 1990s the nasty nibblers had found a perfect way back into the nation's bedrooms.

Carolyn Klass, who retired earlier this year from her position at Cornell University as one of the top US insect pest diagnosticians, told New Yorker magazine she hadn't even seen bedbugs in her first 20 years on the job.

Those days are over. The National Pest Management Association, an industry group, says members who 10 years ago got "one or two bedbug calls a year are now reporting one to two each week."

New Yorkers dread the suckers. To discover one's building is infected is seen as akin to being informed of a bad medical diagnosis.

"Oh my God, you're not telling me I have bedbugs!" exclaimed Robin, a woman living on Gold Street in lower Manhattan, when told by a reporter that her building appeared on www.bedbugregistry.com, a website collating infestation reports nationwide.

Robin, who did not want to give her full name, said she'd looked up her building on the registry when she moved in just three months ago and it hadn't featured.

But the bugs move quickly.

"It's hard nowadays finding a building that hasn't had them. It's sort of expected," another resident, Emma Judknis, said.

Bedbugs are not dangerous and their bite is uncomfortable, rather than painful.

The particular frisson around bedbugs, as opposed to cockroaches, mice or other pests, is simple: vampire-like, they feed on sleeping bodies.

"There's a psychological component to it: you're getting bitten when you sleep," said Jeremy Ecker of The Bedbug Inspectors. "People freak out."

Ecker's service is one of several around the city offering dog sniffing inspections. These bloodhounds are considered one of the only ways to track down the tiny bugs which hide in beds, but also cupboards and electronics like computers, radios and alarm clocks.

"It's very similar to drug sniffing, bomb sniffing and cadaver sniffing," Ecker said, stroking his bedbug hunting beagle Freedom. "They're trained on one scent and trained only to detect live bedbugs."

A visit by Freedom or co-hound Cruiser costs 350 dollars plus tax. If that seems steep, consider the sacrifices Ecker makes.

Dogs need training every day -- and that means having a personal store of live bedbugs, which in turn need something to feed on. Ecker's blood, for example.

"We give them a meal, keep them alive," he says in a matter-of-fact way as his stable of bugs take turns to gorge on his forearm, before being shut back in their glass vials.

Once she could put the Victoria's Secret eruption out of her mind, lawyer and Manhattan resident Deirdre Brady, 32, took a broader view of the problem.

"You have to be able to take the good with the bad when you live in New York," she said.

"There are plenty of beautiful buildings with cockroaches, for example, and people deal with that. It's part of the cost of living close to each other."

A review of previously published articles indicates there is little evidence supporting an effective treatment of bites from bed bugs...
Advertisement

Apple cider vinegar is good as a salad dressing or as a pickling agent but how effective is this ancient folk ...

Every season calls for a food shift. The winter season shift is the best and sweetest. Oranges, amla, ...
This site uses cookies to deliver our services.By using our site, you acknowledge that you have read and understand our Cookie Policy, Privacy Policy, and our Terms of Use  Ok, Got it. Close
×