The Bidirectional Relationship Between Snoring and Body Weight in Children 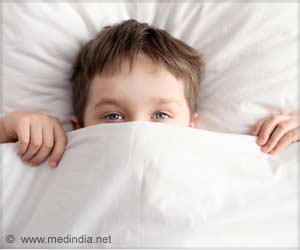 Poor nutrition and lack of exercise have led to the increasing prevalence of obesity. Obesity is a major predictor of diabetes and future risk of cardiovascular disease in the western world. Excess weight is also associated with obstructive sleep apnea (OSA), often marked by loud snoring.

OSA affects about 5 to 10 percent of children 8 to 11 years old. While evidence suggests that OSA appears to exacerbate obesity and its comorbidities such as diabetes and cardiovascular disease, its effects on children have not yet been studied in detail.

In a new longitudinal observational study, scientists at Beth Israel Deaconess Medical Center (BIDMC) looked at the relationships among maternal snoring, childhood snoring and children's metabolic characteristics - including body mass index (BMI) and insulin resistance, which reflects future risk for developing diabetes and cardiovascular disease - in approximately 1,100 children followed from gestation through early adolescence. Led by endocrinologist Christos S. Mantzoros, MD, DSc, the team was the first to demonstrate a bidirectional relationship between snoring and body weight in children, meaning each condition increases risk of the other over time. Their findings were published in the journal Metabolism.


"Excess body weight and child snoring were each predictive of the other among the children and adolescence in this cohort, creating a vicious metabolic cycle," said Mantzoros, Director of the Human Nutrition Unit in the Division of Endocrinology, Diabetes, and Metabolism at BIDMC. "Our findings confirm the existence of a physiologic loop between worsening obesity and worsening sleep apnea, which in turn leads to worsening obesity and higher risk for diabetes and cardiovascular disease later in life."
Advertisement
To the best of their knowledge, Mantzoros and colleagues were the first to examine the relationships among maternal snoring, child snoring and child metabolic outcomes in humans.

Their findings build on animal data suggesting maternal sleep may affect metabolic outcomes in the next generation. In rodent studies, female rats were exposed to intermittent hypoxia late in pregnancy to mimic maternal sleep apnea. Their male offspring weighed more and ate more, and blood work revealed they had higher fasting levels of insulin, triglycerides and cholesterol levels - the major metabolic biomarkers risk for developing diabetes and cardiovascular disease later in life.

The team analyzed data from Project Viva, a study that recruited expectant mothers from Atrius Harvard Vanguard Medical Associates - a network of 34 medical clinics in eastern Massachusetts - between 1999 and 2002. Mothers filled out annual questionnaires sent in the mail or via email. In combination with blood samples and measurements obtained at in-person research visits at roughly 7 and 13 years of age, the data provided scientists with a trove of information. Data points included but were not limited to: participants' sleep schedules, television watching habits, fast food and sugar-sweetened beverage consumption, body composition, body mass, blood glucose and cholesterol levels, insulin resistance and overall metabolic risk score.

"We found strong associations between body weight measures and cardiometabolic biomarkers with the later development of sleep apnea in early adolescence," said Mantzoros, who is also a Professor of Medicine at Harvard Medical School, and chief of the Endocrinology Section at the VA Boston Healthcare System. "These results suggest that in children, early interventions including both targeted weight loss and appropriate treatments for OSA are critical to breaking this vicious cycle between poor sleep and obesity in order to prevent chronic disease later in life."

The team found that, although maternal snoring had no major effect on children, children who snored were at much higher risk of developing higher body fat mass and obesity late in childhood or adolescence. Biomarkers indicated they were also more likely to develop diabetes and cardiovascular disease later in life.

Mantzoros and colleagues also found that children who snored were more likely to become heavier teenagers and that parent-reported child snoring in early adolescence was strongly correlated to body weight measures such as BMI and measures of central body fat deposition in the body trunk - metabolically the most dangerous fat - as well as to blood levels of the hunger hormone leptin, HDL cholesterol levels and overall metabolic risk scores. Loud snoring showed even more pronounced associations.

Revealing the bi-directional relationship between obesity and OSA in children has major public health implications given that the earlier obesity appears in life, the greater the risk of developing diabetes and its comorbidities earlier in adult life.

To follow up, Mantzoros and his BIDMC colleagues plan to collaborate with metabolism and sleep experts from major Harvard institutions, including BIDMC, Brigham and Women's Hospital and Massachusetts General Hospital, to test the effects of weight loss and OSA treatment in preventing diabetes and other metabolic complications.

Snoring Symptom Evaluation
People, who normally do not snore, tend to do so after a bout of drinking, viral infections or ......