The 'Air' in New York City 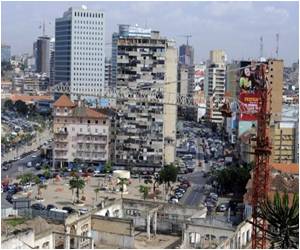 The microbial population in the New York City subway system was found to be almost same as that of that of the air on the city streets. This research, published ahead of print in the journal Applied and Environmental Microbiology, establishes an important baseline, should it become necessary to monitor the subway's air for dispersal of potentially dangerous microbes. Also, the combination of new methodologies in the study, including fast collection of aerosols and rapid sequencing technology, provide an efficient means for monitoring which was not previously available.

The results "are strong testimony for the efficiency of the train pumping system for ventilation," says principal investigator Norman R. Pace of the University of Colorado, Boulder. The wind one feels while walking across a subway grate as the subway clatters beneath also demonstrates just how effective that system is, he says. The only obvious differences in the subway's microbial population are the somewhat higher proportion of skin microbiota, and the doubled density of the fungal population, which Pace suggests may be due to rotting wood. "I was impressed by the similarity of [subway] and outdoor air," he says.

The researchers used a high tech mechanism to collect air at around 300 liters per minute (L/min), a big jump on the previous state of the art, which swallowed 12 L/min. That enabled collecting sufficient volume of aira couple of cubic metersto take the bacterial census within 20 minutes, instead of after "hours," says Pace. And analysis by sequencing is far faster and more thorough then using culture.


Pace notes that until now, the microbial content of subway air was unknown, and that the microbiology of indoor air is an emerging field of scientific inquiry. His research was funded by the Alfred P. Sloan Foundation, through its Microbiology of the Built Environment program, which has made 64 grants totaling $28 million to date.
Advertisement
"While it is difficult to predict what will be discovered on the frontier of scientific inquiry, the opportunity exists to better understand these complex microbial ecosystems and how they affect health and the environment. We expect that someday this knowledge will influence design and construction practices and other industrial processes," says Paula Olsiewski, program director, Alfred P. Sloan Foundation.