Thank Your Parents For Your IQ 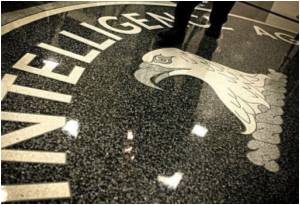 Intelligence is an heritable trait, was long been believed on the basis of studies of identical and fraternal twins.

A new research has confirmed that conclusion, but it reveals the surprising fact that most of the specific genes long thought to be linked to intelligence probably have no bearing on one's IQ.

Modern Man Attracted to Intelligence Rather Than Good Looks in Women

A new study published in the journal Psychological Science reveals that modern man is attracted to a woman who is intelligent and not just pretty.
Advertisement


In nearly every case, the researchers found that intelligence could not be linked to the specific genes that were tested.

Brain imaging technique can tell how intelligent you are, suggests research
Advertisement
Older studies that picked out specific genes had flaws, Chabris said, primarily because of technological limits that prevented researchers from probing more than a few locations in the human genome to find genes that affected intelligence.

"We want to emphasize that we are not saying the people who did earlier research in this area were foolish or wrong," Chabris said.

"They were using the best technology and information they had available. At the time, it was believed that individual genes would have a much larger effect - they were expecting to find genes that might each account for several IQ points," he stated.

"As is the case with other traits, like height, there are probably thousands of genes and their variants that are associated with intelligence," he said.

"And there may be other genetic effects beyond the single gene effects. There could be interactions among genes, or interactions between genes and the environment. Our results show that the way researchers have been looking for genes that may be related to intelligence - the candidate gene method - is fairly likely to result in false positives, so other methods should be used," he concluded.

High blood pressure during pregnancy can impact the child's intelligence negatively, according to a new research.
Advertisement
<< A Slice of Watermelon A Day Could Prevent Heart Attack, Wei...
Heres The Reason Why Hypnosis Doesnt Work for All >>

Children Under Seven Years of Age No More Intelligent Than Birds