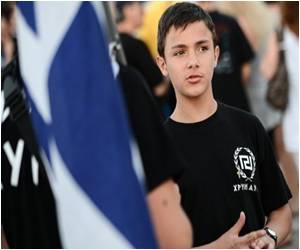 The facial width-to-height ratio (fWHR) is thought to have a relation with aggression and testosterone-related behaviors.

During the study, researchers tried to understand the relationship between fWHR and racial prejudice. They found that men who have a higher fWHR have a greater chance of expressing racist remarks with little concern about what others think of them.


"Not all people with greater fWHRs are prejudiced, and not all those with smaller fWHRs are non-prejudiced. You could think about it as a 'side effect' of social dominance  men with greater fWHR may not care as much about what others think of them. This research provides the first evidence for a facial metric that not only predicts important and controversial social behaviors, such as reporting prejudices, but can also be used by others to make accurate judgments," researchers said.

Study Claims Racism Hardwired in Human Brain
A controversial study reveals that racism is "hardwired" in the brain and even right thinking ......