Temporary Tattoos Could Be A Game Changer

Ordinarily, tattoos are cosmetic measures undertaken for aesthetic reasons only, but could they ever be more tangibly beneficial?

Temporary tattoos can be used to battle chronic diseases, says a research. Although the tattoo is still not developed as of yet it will be possible someday soon.

The new tattoo is being proposed by scientists at Baylor College of Medicine. The said team of researchers tested antioxidant nanoparticles which were modified with polyethylene glycol, while at Rice University.


‘A temporary tattoo containing antioxidant nanoparticles may help treat autoimmune diseases such as multiple sclerosis in the future.’


The results of the research published in Nature's online, open-access journal Scientific Reports suggests that a certain compound  nanoparticles treated with polyethylene glycol  may be able to target just the malfunctioning aspects of an autoimmune patient's immune system. This would allow the patient to still keep much of her immune defenses up, while alleviating the symptoms caused by the immune system components that have gone haywire.

Autoimmune disorders, like multiple sclerosis, are notoriously difficult to treat. An autoimmune disorder occurs when the body attacks its own cells, having misidentified them as invaders. The goal of treatment, theoretically, is to get the body to recognize foreign cells properly, but how exactly to do this remains mysterious to scientists for now.

So, currently, doctors are limited to managing the symptoms of autoimmune disorders in their patients, and to prescribing medications that suppress the immune system generally. Unfortunately, immunosuppressants also reduce the body's ability to deal with genuinely dangerous pathogens, too  leaving autoimmune patients stuck between a rock and a hard place.

The nanoparticle treatment can selectively stop only those cells which are harming the body's cells and thereby keep the immune system active. 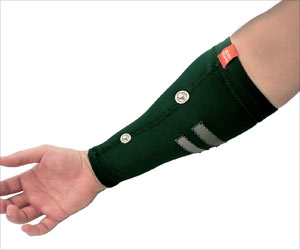 College-Going Women With More Tattoos at High-Suicide Risk
Call it an irony but more tattoos in teenage girls might be a way of reclaiming a sense of self in the wake of an emotional loss -- evidenced by a suicide attempt.
READ MORE

Australian Mother With Tattoos Wins Right to Breastfeed Her 11-month-old Son
The 20-year-old mother was ordered not to breastfeed her 11-month-old son by a judge concerned about the risk of him contracting HIV or other diseases from her two new tattoos.
READ MORE