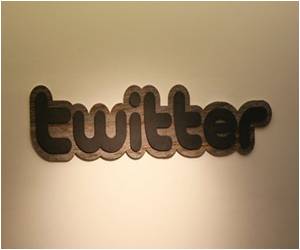 A report has said that nearly 40 percent of posts on micro blogging platform Twitter are about what is on the TV.

The Twitter statistic was uncovered in a survey into viewing habits of British users.

It showed that while people are watching more television, they have fewer traditional TV sets, as they choose to watch more on smartphones and tablets.


The study, by TV Licensing's TeleScope, shows that 27 per cent of smartphone users and 63 per cent of tablet owners watch live television on the devices, the Telegraph reports.
Advertisement
The study, which surveyed over 1,000 people, includes the first ever "TeleHappiness Index" survey that seeks to assess emotional engagement with television.

According to the paper, the survey's Twitter findings follow on from a separate study last week that found women to be more regular tweeters, but men bigger complainers.

That study, by Brandwatch, found that women on Twitter talk more about personal matters, television programmes and work, the study found, while men are most likely to tweet about sport, gaming and news.

Women tweet around 15 times a day, on average, compared with nine updates per day from men, the study found.

Source: ANI
Advertisement
<< Most of the Americans' Support Gay Marriages
Inherited Genetic Variations in Childhood Leukemia Have a M... >>

Leaving Tweets Even After Your Death Possible With New App
The LivesOn app, lives true to its name and ensures you can tweet even after you are gone from this ...