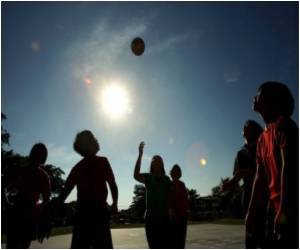 In a recent study it was found that children who feel more responsible to their parents are found to stay engaged in school and preform better.

A child's bad or erratic behaviour in the classroom can be attributed to his or her parents a study has found.
Advertisement

Researchers asked questions of 825 youths in suburban Chicago and suburban Beijing. The students were part of the University of Illinois U.S.-China Adolescence Study. The children completed questionnaires four times over two years beginning when they started 7th grade. Grades were also charted.


In the United States, but not in China, the youths' sense of responsibility to their parents declined over the two years. But in both countries, youngsters who said they felt responsible to their parents were more invested and engaged in school, and often earned higher grades, independent of the quality of the parent-child relationship.

Combining physical activity with classroom lessons improves students' academic achievement, revealed in a research work.
Advertisement
Responsibility was defined as children's feelings of obligation to their parents and their motivation in school to please them, such as meeting parental expectations.

"The findings suggest that parents need to communicate to teenagers the importance of acting responsibily as they enter middle school," according to Eva M. Pomerantz, professor of psychology at the University of Illinois at Urbana-Champaign, who led the study.

The study has been published in the journal Child Development.

Evolution of Human Creativity may Be Linked to Parent-Child Bonding

Daily Calorie Requirements Find a Hospital Blood - Sugar Chart Accident and Trauma Care Diaphragmatic Hernia Nutam (400mg) (Piracetam) Selfie Addiction Calculator Sanatogen The Essence of Yoga A-Z Drug Brands in India
This site uses cookies to deliver our services. By using our site, you acknowledge that you have read and understand our Cookie Policy, Privacy Policy, and our Terms of Use